Flaggs among Mississippi’s Most Influential African Americans of 2019 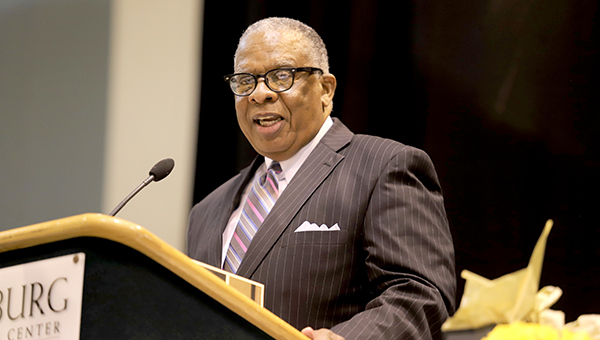 Mayor George Flaggs Jr. has been named one of Mississippi's Most Influential African Americans of 2019 by Our Magazine. The list was released Monday evening.

Mayor George Flaggs Jr. is among a list of 25 Mississippi residents selected as Our Mississippi magazine’s Most Influential African Americans for 2019. The list was announced Monday by the magazine’s publisher.

“What an awesome group of people,” Wesley Wells, Our Magazine publisher, said. “I’d like to thank the committee for doing an outstanding job. I know they had to make some tough decisions narrowing the list down to 25, especially with having to select people from different categories

Wells said the individuals were selected by an independent panel of statewide business and community leaders from nominations received from the public.

Flaggs was the lone politician to be named.

The group will be honored at a gala and reception Aug. 23 at the Hilton on County Line Road in Jackson.

“This is among the highest honors I have received,” Flaggs said, adding he learned of his selection Monday evening. “While I am honored, I give the credit to the people of Vicksburg for allowing me to serve.”

“What an incredible group of individuals that have done so much for the State of Mississippi,” Wells said. “We are thrilled to have the opportunity to pay homage to them for all their contributions to this state. These are the kind of people society will be talking about 50-100 years from now.”

Those joining Flaggs on the list of Most Influential African Americans for 2019 include: