With turnout low, officials urge voters to get to the polls 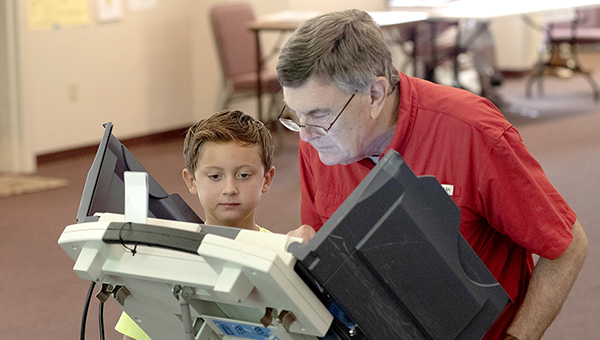 Despite thousands of dollars being spent on advertising, groups organizing candidate forums and advocates pushing information throughout social media asking for support of their candidate, it appears voters in Warren County have stayed away from the ballot box.

Warren County Circuit Clerk Jan Daigre said Tuesday afternoon that turnout for the party primaries has been slow, with only one precinct reporting “good” turnout.

“I am not sure. It appears that the primary just snuck up on people,” Daigre said. “I’m not trying to give voters an excuse, I’m just trying to find a reason.”

Daigre said turnout for party primaries has traditionally been low, but only three, competitive local races on the party primary ballots could be contributing to the lack of voter interest.

“While there are a few local races, voters need to understand that there are significant, statewide races that are on the ballot,” she said. “Maybe people just don’t appreciate or understand the process.”

State constitutional offices, such as governor and lieutenant governor are on each of the party primary ballots, while three local races are being battled in the party round.

Polls across Warren County will close at 7 p.m. Tuesday.

In the race for the Republican Party nomination in Warren County Board of Supervisors District 1, Ed Herring and Bill Jeffers are facing off to earn a position in November’s General Election to face incumbent John Arnold.

It is that district, the precinct at Gibson Memorial United Methodist Church, that Daigre said was having a steady and good turnout so far.

In District 3, three candidates are vying for the Democratic Party nomination for Warren County Board of Supervisors, including incumbent Charles Selmon. Shawn Jackson and Jim Stirgus Jr. are also fighting for that position. Waiting in November is David Sharp, who is running as an Independent.

Incumbent Supervisor John Carlisle is facing a challenger in Martin Crevitt for the Republican Party nomination in Warren County Board of Supervisors District 4. The winner will face Dr. Jeff Holland in November.

The General Election will be held Tuesday, Nov. 5, with the final day to register being Saturday, Oct. 5.

But, before any of that takes place, Daigre was quick to remind that there is a good chance for runoff. If a runoff is needed — whether that be at the state or local level — it will be held Tuesday, Aug. 27.