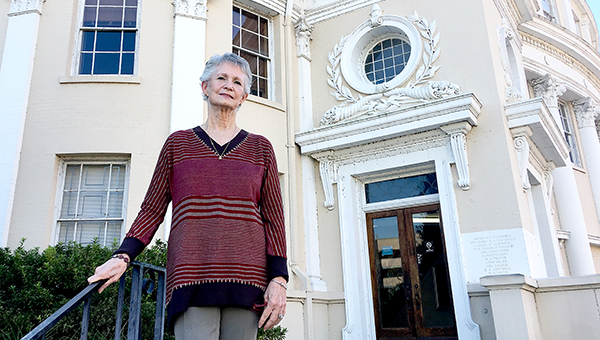 The city of Vicksburg lost an icon Friday with the death of Sue Roberts.

“Ms. Sue,” as those she worked with, called her, worked for the city for more than four decades. She died after a lengthy battle against cancer.

Roberts, who most recently worked in South Ward Alderman Alex Monsour’s office, has spanned work across administrations and departments, marking 40 years of service with the city.

For Roberts, working at city hall was not a job, but rather a calling and time spent with “family.”

“We are all family here,” she said in a story that appeared in a city of Vicksburg employee newsletter in November 2017. “When one person falls behind, we are all there to help pick them up. We chip in whenever, wherever needed.”

In 2010 Roberts was diagnosed with a gastrointestinal stromal tumor (GIST), a form of cancer that led to a terminal diagnosis that she fought through the remaining years of her life.

It was during that time, shortly after her diagnosis, that the feeling and belief in her work family was strengthened.

“When I ran out of leave, so many others chipped in their leave time so I could attend appointments,” Roberts said. “Everyone has been so great to me and my family. We are fortunate.”

After graduating from Mississippi State with a degree in accounting, Roberts worked in Jackson before joining the city in December 1977. During that time, she worked in a number of offices.

In that same newsletter story, Roberts commented about how much she was impressed at the advancements made in the city and in the quality of people who now work for the city.

At the time of the story, Roberts had just recently returned to work after being tremendously ill. In regards to her then battle with cancer, she said she was alive for only one reason.

“I shouldn’t be here today,” Roberts said. “Apparently God has something else for me to do here.”

Her work is now done.

Details on arrangements have not been announced.