Flags in Vicksburg ordered to half-staff in honor of Roberts 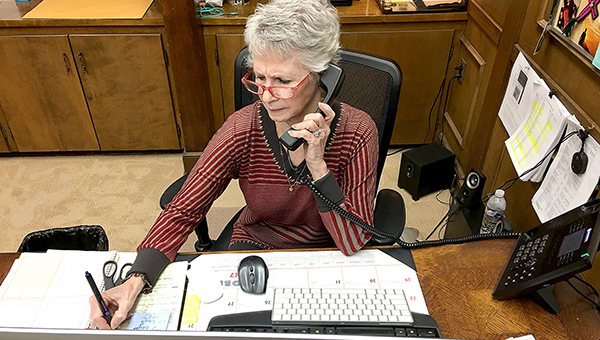 Sue Roberts, who worked for the city of Vicksburg for more than 40 years, died in September 2019 after a lengthy battle with cancer. She was 66. (City of Vicksburg)

In honor of her more than 40 years of service to the city of Vicksburg, Mayor George Flaggs Jr. has ordered flags in the city to half-staff Wednesday following the death of long-time city employee Sue Roberts.

Roberts, 66, died Friday after a lengthy battle with cancer. Most recently, she worked in the office of South Ward Alderman Alex Monsour.

In addition, a proclamation making Wednesday “Sue Roberts Day” in Vicksburg will be announced and voted on during Monday’s meeting of the Board of Mayor and Aldermen. Fr. P.J. Curley is scheduled to open the meeting with a prayer.

Also, Flaggs has called for the city’s senior center program to be renamed in honor or Roberts.

In 2010 Roberts was diagnosed with a gastrointestinal stromal tumor (GIST), a form of cancer that led to a terminal diagnosis that she fought through the remaining years of her life.

After graduating from Mississippi State with a degree in accounting, Roberts worked in Jackson before joining the city in December 1977.

Services for Roberts will be Wednesday, with visitation from 10 a.m. until noon at Riles Funeral Home. A memorial service will be held immediately following.