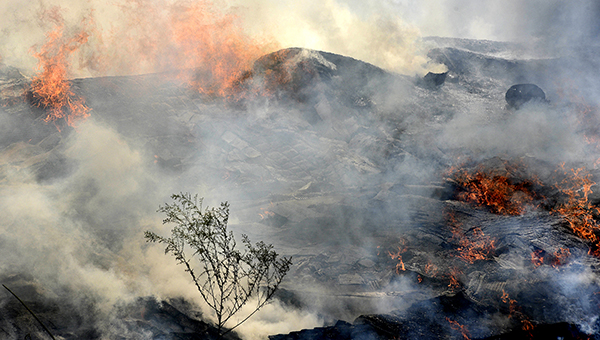 According to officials with the Vicksburg Fire Department, the fire Tuesday at the former Confederate Ridge Apartments was set intentionally and a person of interest has been taken in for questioning.

Chief Craig Danczyk said the person of interest was found Wednesday and was being questioned by fire investigators.

“We have determined Tuesday’s fire to have been incendiary, which means it was set,” Danczyk said. “At this time, we have a person of interest and he is being questioned.”

The apartments, which up until more than a year ago, were being redeveloped as Park Avenue Condominiums, but that work stalled and utilities to that complex had been disconnected.

Danczyk said the fire Tuesday was the fifth fire to occur at that complex in the past four years.

The apartment complex is abandoned.