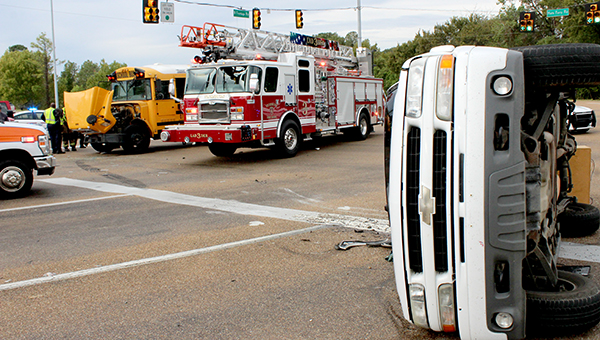 Crews with the Vicksburg Fire Department responded to an accident Friday at the intersection of Halls Ferry Road and North Frontage Road. (Tim Reeves/The Vicksburg Post)

The cause of the accident, which took place at the intersection of Halls Ferry Road and North Frontage Road, remains under investigation.

The two people injured were a passenger and the driver of a Chevrolet Tahoe. A child, who was also in the Tahoe at the time of the accident, appeared to have been uninjured.

There were no children on the school bus. Only the driver and a bus monitor were on the bus at the time of the accident.