So far, so good with county, state elections 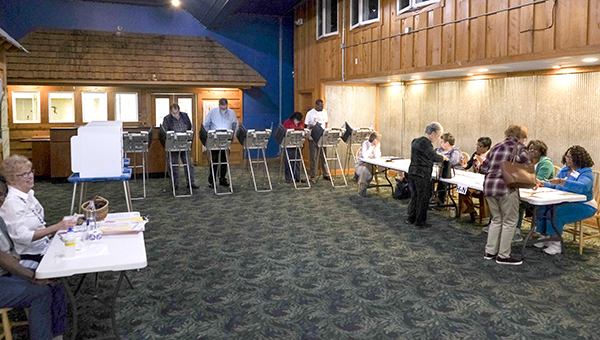 Registered voters turn out Tuesday morning at the Cherry Street polling location to cast ballots in the general election. In addition to statewide offices, seven Warren County races are up for grabs. (Courtland Wells/The Vicksburg Post)

Voters Tuesday are making decisions in a long list of races, including statewide races and those at the county level.

So far, election officials have reported good voter turnout at polling places throughout the county and are encouraged by the participation.

“So far, everything has gone very smoothly,” Warren County Election Commission Chairman Sara Carlson Dionne said. “And, it being a beautiful day outside has obviously helped.”

Dionne said interest in the general election appears strong, especially given the last week of absentee voting that ended Saturday.

Polling places in the county close at 7 p.m. Registered voters are required to bring with them a government-issued ID with them when voting.