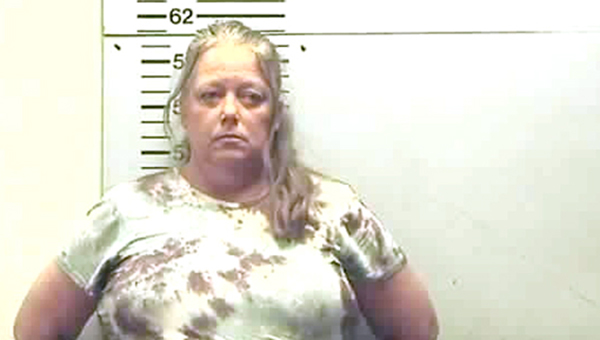 Judge M. James Chaney sentenced Hunt to 20 years in prison with eight to serve and the 12-year balance suspended pending successful completion of five years’ post-release supervision. She is also required to pay $127,000 in restitution to the Tax Collector’s Office after she is released from prison.

District Attorney Ricky Smith said Hunt paid $9,000 in restitution when she appeared in court for sentencing. Because Hunt committed a non-violent crime, he said, she will be eligible for parole after serving 25 percent of her sentence.

“We received the case file from the auditor’s office, spoke with the tax collector and made sure she had to do some jail time and agree to pay the money back,” Smith said. “The case was very well investigated by the auditor’s office and they provided us with a good case file we were able to move forward on.

“We were glad to be able to move that case and make sure that in taking the people’s money, that she does have to serve some time.”

Hunt was accused of stealing cash from payments received by the office from November 2017 to August 2018.

She was arrested by special agents for the auditor’s office in May 2019 for embezzling over $140,000 from the Warren County Tax Collector’s office.

As bookkeeper, Hunt was responsible for handling cash and checks received by the Warren County Tax Collector and making daily bank deposits for the office. She also had the ability to transfer funds between the tax collector’s office bank accounts.

She collected cash payments from individuals paying bills and concealed the crime by transferring money between multiple office bank accounts.

Her scheme was discovered when one of the accounts she manipulated was overdrawn.

“It’s good to see justice done and a substantial prison sentence handed down in this case,” White said. “Ms. Hunt’s case sends the message that stealing from the taxpayers is not a victimless crime and perpetrators will be held accountable.”

Monday afternoon, one day short of the 110th anniversary of its original dedication, a small group of Vicksburg residents and... read more