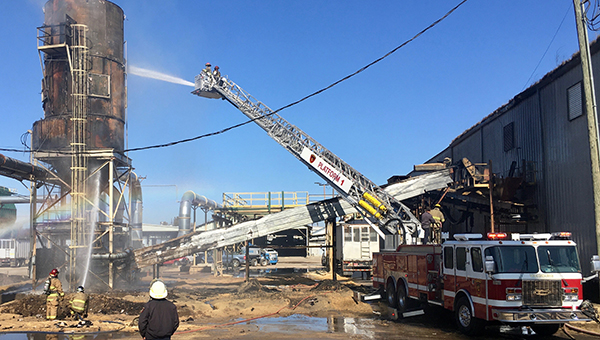 Firefighters respond to a fire at Vicksburg Forest Products just before noon Saturday.

The Vicksburg Fire Department responded to a fire at Vicksburg Forest Products shortly before noon Saturday.

According to Chief Craig Danczyk, the fire was caused during the production process with sawdust materials in a silo and conveyor belt system.

He said the fire threatened one building, but responding firefighters were able to prevent the fire from spreading.

In addition to Danczyk and a battalion chief responding to the fire, crews with Engine 6, Engine 9, Platform 1, Rescue and Ambulance 40 also responded.

No one was injured in the fire.