Outlets of Vicksburg not sold, yet 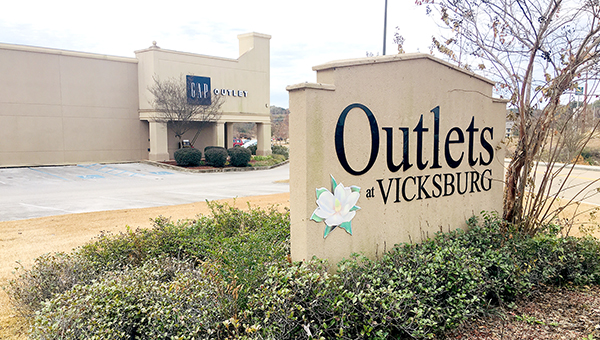 In June, news broke the Outlets of Vicksburg were up for sale. Now, more than five months later, the retail center is still on the market, but there is serious interest.

During a recent meeting of the Board of Mayor and Aldermen, Mayor George Flaggs Jr. said it was his understanding the Outlets had sold, but other city and economic leaders have said there are parties engaged in serious discussions with the center’s owners but nothing has been finalized yet.

The 97,000-plus-square-foot property on Clay Street, built in 1995, has had issues in recent years with a number of long-term retail partners closing and leaving. Recently, two more tenants — The Kitchen Collection and Dressbarn — announced they will close by the end of 2019, opening up even more space at the center.

In June, The Post reported the property had been advertised on the real estate site Loop.net and on the website for the Estes Group, a real estate firm in Ridgeland. At that time, no price was listed on the Estes Group website. That has since changed.

In checking the site Friday, the firm had listed the Outlets property for $1.3 million. According to the Warren County Assessor’s office, the property is appraised at $4.36 million.

The listing also says the seller is a “court-appointed receiver.”

In that same article published by The Post in June, Margaret Gilmer, former mall property manager and one of the members of GJSB Development Group, the local investment partnership involved in the center’s development, said Craig Realty Group of Newport Beach, Calif., the owner, developer and general managing partner of the mall, has placed the property in receivership.