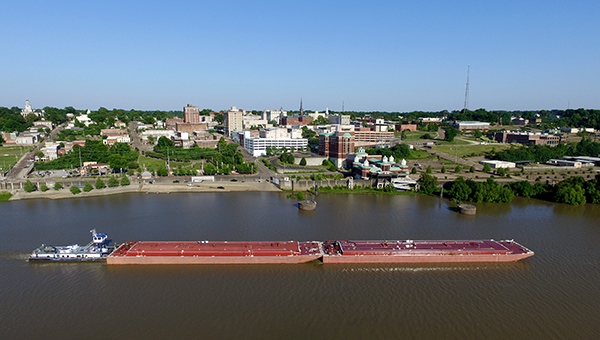 Vicksburg-based Golding Barge Line announced Thursday it is expanding operations in Vicksburg as part of a $20 million investment. The announcement was made in a release through the Vicksburg-Warren Economic Development Partnership.

In the release, the company said it expects to add 25 positions.

“I could not imagine a better way to end 2019 than with the announcement of millions of dollars in new investment and the creation of 25 good-paying jobs that will benefit residents in Warren County and the city of Vicksburg,” Mayor George Flaggs Jr. said. “This announcement is a testament to the positive changes we have made as a community to create an environment where new and existing industries can flourish.”

Golding Barge Line was established in 1995, but traces its roots in Vicksburg to 1965, and specializes in the movement of refined petroleum products, petrochemicals and chemical products throughout the entire United States inland waterway system.

“Mississippi’s transportation network is one of the best in the country, from our integrated highway and interstate systems to our waterways that provide companies like Golding Barge Line with exceptional, convenient access to consumers around the country,” Gov. Phil Bryant said. “I thank the Golding Barge team for adding new jobs in Vicksburg and for their continued trust in our workforce and business environment.”

Golding said the investment is not just into the company, but also Vicksburg, which he said gives the company an advantage.

“This new equipment will operate around the country within the supply chains of some of the world’s largest oil companies. The revenue it generates will come out of those companies and into our community through payroll and our vendor partnerships,” Golding said. “Being in Vicksburg gives us a recruiting advantage, and that advantage has allowed a small family-owned operator to compete with large publicly traded operators.”

Margaret Gilmer, chairwoman of the Warren County Port Commission, which is one part of the Partnership, said Thursday’s announcement shines a light on the work the Partnership has put in to helping existing businesses and industries.

“This expansion, I believe, also showcases the strength of the existing industry program developed by the Economic Development Partnership; a program that works to support existing companies and whose work in 2019 included the successful passage of House Bill 1065,” Gilmer said. “This legislation created an incentive that companies like Golding Barge Line qualify for, and which provides income tax credits to Inland Water-related companies that create jobs in the State and hire Mississippians.”

Flaggs added the announcement by Golding is something Vicksburg residents should celebrate and be proud of.

“The announcement is especially important because it is of a company that was started right here in our community and that reflects our community’s entrepreneurial spirit,” Flaggs said. “The success of Golding Barge Line ought to make all Vicksburgers proud.”