Police: Do not leave cars running, unattended at gas stations 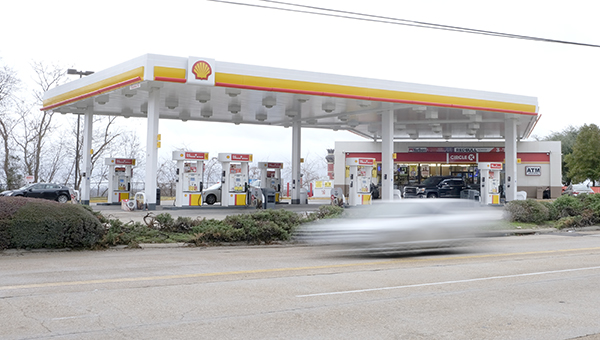 A vehicle passes by the Circle K gas station located at 4150 Washington St. Five car thefts have been reported at the station since June; four since Nov. 7. (Courtland Wells/The Vicksburg Post)

Turn your car off. Lock your car.

Those are the simple instructions from law enforcement officials they say could have prevented a number of recent car thefts at a local gas station.

On Saturday, Dec. 7, officers with the Vicksburg Police Department were dispatched to the Circle K, 4150 Washington St., for yet another report of a stolen vehicle.

According to Investigator Derrick Smith, this theft marked the fifth stolen vehicle from that gas station since June.

“In most cases, the victims had left their vehicles running, with the keys in the ignition, when they went into the station,” Smith said. “When they came back, they found that someone had gotten in their car and left.”

Smith said residents — regardless of which gas station or store they go to — need to be more mindful of their surroundings.

“Every time I see someone at a gas station, any gas station, leave their car running and unattended, I will go up to them and ask they not do that,” Smith said. “It’s not a good idea.”

He added that two of the five vehicles have been recovered, both in Jackson.

The first theft reported at that location was on June 12, but four of the five reported this year came within a span of four weeks. In that four-week stretch, there were thefts reported on Nov. 7, Nov. 9, Nov. 10 and Dec. 7.

It was the Nov. 10 call for a stolen vehicle that officers discovered an abandoned vehicle at the station that had been reported stolen from Jackson.

As for that Circle K station, in particular, Smith said its proximity to the casinos and at a busy interstate exit, attracts a lot of people.

“You just have to be mindful. There’s a lot of traffic right there, lot of people coming through there,” he said. “Sometimes people are coming to the casinos, to that area, to do certain things.”

He added the station does have good surveillance equipment, but there are times when it is difficult to make out faces and tags.