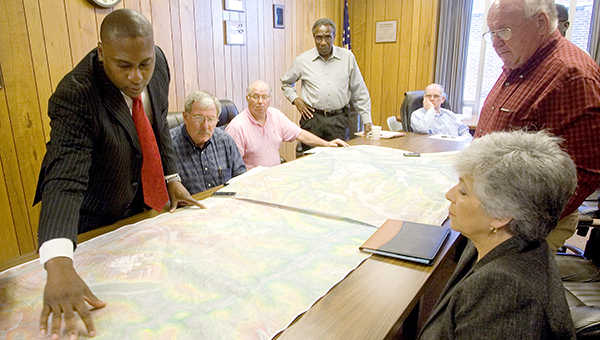 Following November’s general election in Warren County, the make-up of the county’s leadership was nearly completely overhauled. Monday, that leadership was altered even more as members of the Warren County Board of Supervisors accepted the resignation of longtime county administrator John Smith.

Smith has served as county administrator for Warren County since taking over the post in January 2005. For those nearly 15 years he served in what others call a “professional and personable” manner.

Smith’s decision was reportedly in the works before his recent health concerns that have hospitalized him since Thanksgiving.

According to county officials, Smith had started the process of retiring before being hospitalized, a process which will be official as of Dec. 31.

“I had the pleasure to work with him for eight years and I hear stories throughout the state, from other chancery clerks, and not every county has someone like a John Smith,” Warren County Chancery Clerk Donna Hardy said following Monday’s meeting. “We collaborated on a lot of things; what one didn’t do the other did. He was very easy to work with. John is personable, a lot of numbers people are not.

“He ran interference for every single department,” Hardy said. “Each department, each elected official felt they could go in and sit down and bare their souls to him so to speak.”

Before being appointed as county administrator following the retirement of Rick Polk, Smith served as auditor for the city of Vicksburg for 18 years.

“We didn’t agree on everything, but we could sit and talk and discuss and not get mad at one another,” District 1 Supervisor John Arnold said. “That is what we are supposed to do. We don’t have to agree, John was very accommodating, did a very good job.”

The position for county administrator had already been a focus of the incoming Board of Supervisors, which will welcome four new members when it convenes in January. At the first meeting of a new term, which will take place Monday, Jan. 6, supervisors normally appoint the county administrator, board attorney, county road superintendent and county engineer.

“You cannot replace a John Smith. The worse thing for Warren County is that you do not have that knowledge, that experience coming back to help,” Selmon said.  “John’s personality is you could walk up to him and say ‘John I don’t like this, this is not how I think it should be’ and he would say ‘let’s sit down and work out a solution.’

Officials were looking to see how long the board could delay appointing an administrator, allowing the new board the opportunity to conduct a search.