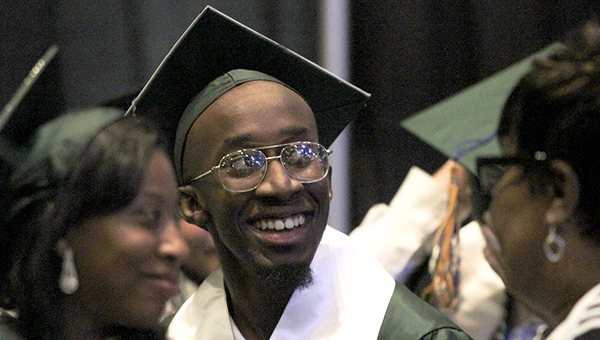 For high school seniors, the Christmas break is a bit of a milestone. Not only does it mean their senior year has reached its halfway point, it also marks the time when many are facing decisions on what to do next.

And based on statistics provided by the state of Mississippi and the Vicksburg Warren School District, the number of seniors receiving their high school diplomas locally is trending higher.

“We are encouraged by the steady increase in our graduation rate and proud of the hard work of our teachers and staff to keep students engaged,” Vicksburg Warren School District Superintendent Chad Shealy said. “We work to graduate all students college, career and life prepared.

In our district, all means all, so we understand there is more work to be done. We will continue our work to be sure that each and every student graduates with the skills they need for a bright future.”

While there are a number of factors officials claim has led to the improved graduation results, there are three they believe have had the biggest impact.

Among those factors is increasing the relevance of the high school experience and education to the students.

“The district is building relevancy into the high school experience by transitioning both Vicksburg High School and Warren Central High School into academy models,” the district said in response to questions from The Post. “The Vicksburg Warren College and Career Academies are transforming how high school students learn and lead. We are restructuring key aspects of our high schools by integrating curriculum, schedules, on- and off-campus experiences and family and community engagement within our high school structure.”

The second of those factors is building relationships with students, and in some cases making home visits with those students who are at risk of dropping out.

As for the third, the district credits the system-wide acceptance and adoption of the Leader in Me program.

“The district expanded the Leader In Me initiative to all schools and is the only district in the state with a district-wide model. The Leader In Me is Franklin Covey’s whole school transformation process. It teaches 21st-century leadership and life skills to students and creates a culture of student empowerment based on the idea that every child can be a leader,” said the district. “LIM does not replace other efforts to increase graduation rates, but rather, it is the platform that supports all other programs that lead to successfully reaching this objective.”

The district also knows not every student has a future that includes college, and has tracked where graduates are going once they receive their high school diploma.

According to a report from the district, a majority of students (60.9 percent) who graduated in 2019 enrolled in a two-year college, while 24.7 percent of those graduating enrolled in a four-year school.

The remaining 0.7 percent were listed as entrepreneurs.

The graduation rate is one of the components used in the state evaluation process, but trails by one year.

That means the grade the district received in 2019 used the graduation rate for the class of 2018, which was 72.2 percent.

Graduation rates for each of the high schools have also increased.

RCEC’s inaugural graduation is scheduled for Wednesday, May 20, 2020.

Vicksburg will hold its graduation ceremonies Thursday, May 21, with Warren Central conducting its ceremony on Friday, May 22.