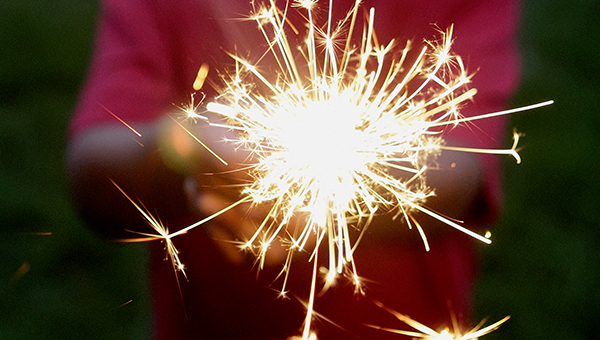 The Vicksburg Police Department is urging residents to use common sense and common courtesy when making the decision to if and when light off fireworks.

For a department already asked to respond to each “shots fired” call within the city limits, the Fourth of July and New Years’ holidays are not something you can imagine dispatchers and law enforcement officials look forward to.

While official statistics might not be readily available, those particular holidays — ones where fireworks are normally part of the festivities — bring about a significant increase in the number of “shots fired” calls that require attention.

“There is more. A lot more,” Capt. Mike Bryant, with the Vicksburg Police Department, said.

While setting off fireworks is legal within the city limits, the department urges residents to use common sense and common courtesy when making the decision when to light off fireworks.

“Be mindful of others. Many elderly residents and those who have to wake early for work the next morning may not appreciate the sound of firecrackers and bottle rockets outside their windows at three in the morning,” Bryant said. “Show some consideration and limit the fun to earlier at night.”

Bryant said the department will have additional officers patrolling the city New Year’s Eve, and “will respond to all calls for service regarding the use of fireworks or shots fired.”

He also said the department sees an increase of those who take to firearms to celebrate the start of a new year by firing shots in the air.

“While shooting fireworks is legal in the city, shooting firearms is not. The careless discharge of a firearm can lead to tragic circumstances,” Bryant said, adding one of the department’s patrol cars was damaged a number of years ago when a bullet fired in the air came crashing through the car’s hood.

“Also, please bear in mind that alcohol and gunpowder are never a safe combination,” Bryant said. “Alcohol slows reflexes and clouds judgment, so if you have had a few drinks, let someone who has not light the fuse.”

According to city code, the sale of fireworks within the city limits is only allowed by those businesses in “brick and mortar” buildings. Those vendors selling fireworks from temporary structures like tents are located outside the city limits.

Fireworks also are not allowed close to any public building.

Class ‘C’ fireworks are those sold to individuals and not for use in any public display.