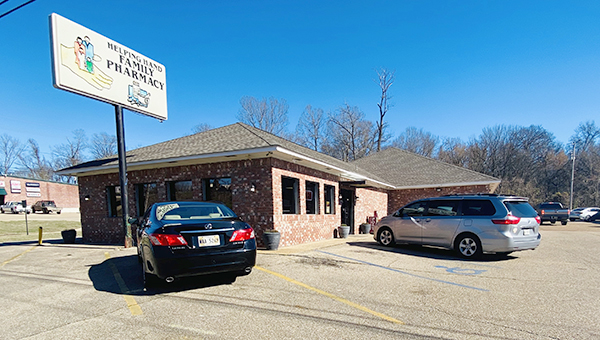 Officials believe a break-in at Helping Hand Pharmacy on U.S. 61 North Tuesday is connected to two others that happened between midnight and 4 a.m. in other cities along the Interstate 20 corridor. (Tim Reeves/The Vicksburg Post)

A Vicksburg pharmacy appears to have been one of at least three drug stores along the Interstate 20 corridor burglarized early Tuesday.

At around 4 a.m., three suspects broke through a door at Helping Hand Pharmacy on U.S. 61 North. In less than two minutes, the suspects stole a number of items including cough syrup with codeine which is classified as a controlled substance.

Warren County Sheriff Martin Pace said once the call was dispatched, deputies were on the scene in less than three minutes, but the suspects had already fled the scene when deputies arrived.

“Since this morning, we have learned there were similar break-ins in Rankin County and in Madison County,” Pace said. “We are working this with the idea that all three are possibly related.”

Pace said the first break-in reportedly was in Rankin County, followed by the one in Madison County and then the one in Vicksburg an hour or so later.

“At this time we believe the suspects left in a white, or light-colored small SUV or crossover-type vehicle,” Pace said.

If anyone has information on this incident, they are asked to contact Crime Stoppers at 601-355-TIPS (8477).