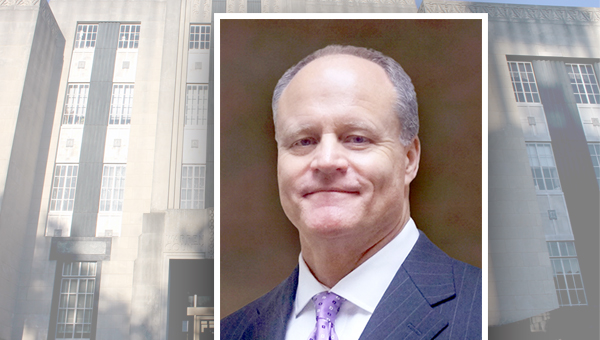 For the first time since 1998, Warren County will welcome a new county engineer.

Monday, during the first meeting of this four-year term, the Warren County Board of Supervisors selected someone other than John McKee as county engineer.

In a 4-to-1 vote, supervisors appointed Keith O’Keefe, a vice-president with the Jackson-based engineering firm Neel-Schaffer, as the next engineer. Although appointed Monday, the supervisors must next work on a contract with O’Keefe.

In addition to ironing out a contract, O’Keefe now takes on the task of getting up to speed on county projects already in the works or in progress.

“We will get with Stantec, and we will look at the projects that are on the table right now, whether they are in design or in construction and will also get with the supervisors and look at, in their minds what are the needs of the county,” O’Keefe said. “We need to look at the ongoing projects, ensure they move forward quickly. Secondly, looking at the county and the county’s needs and prioritizing those needs with the Board of Supervisors.”

The move to select O’Keefe as county engineer was not unanimous as District 2 Supervisor William Banks opposed the appointment and the move away from McKee and Stantec Engineering.

“The engineers we have now are doing us a great job. I don’t see any need to change engineers,” Banks said following the meeting. “We already got things in process. So it will be up to the new engineers to get up on what is already going on. I would tell the other engineers — our current engineers – to let the new engineers do their own work to find out what is going on.

“That would be my decision, but it is up to Stantec.”

In appointing O’Keefe, Board President Dr. Jeff Holland said supervisors have asked Stantec’s Brian Robbins to work with O’Keefe in the transition. The board also approved paying both entities during what is expected to be a quick transition.

Holland also said the selection of O’Keefe was a “straight forward” process and that Stantec was among the four firms interviewed.

“We followed a fairly rigorous process and evaluated four different engineering firms, including the incumbent Stantec,” Holland said. “We looked at the merits of all of them from a variety of angles and selected Keith O’Keefe because we felt he would do the best job for our county. It was a very straight-forward, very professional process.”

Since a majority of the Board of Supervisors are newly-elected and did not officially take office until Jan. 1, the meetings with prospective engineers and firms were not required to be public.

The appointment, Holland said, does not necessarily mean Neel-Shaffer will be used for the majority of county projects as has been the case with McKee and Stantec’s relationship.

“We have asked him to be willing to work with whoever has the best skill set for a given class of problem,” Holland said. “We are not pre-deciding that at all. We are letting the problems themselves dictate that for us.”

Banks, who was invited to meetings with the incoming supervisors prior to them taking office, said he was under the impression a transition to a new engineer was not going to be among the first things done by the new board.

According to O’Keefe’s bio on Neel-Schaffer’s website, he joined the firm in 1994 and has more than 30 years of experience as a civil engineer and manager.

Based in the firm’s office in Jackson, O’Keefe manages the firm’s five central Mississippi offices.

The firm also lists many of the projects O’Keefe has managed including leading a joint company with Louis Berger International, called Mississippi Resource Restoration Group LLC, that the website states assisted the Mississippi Department of Environmental Quality “with the science, engineering and public outreach efforts for the Natural Resource Damage Assessment associated with the Deepwater Horizon oil spill in the Gulf of Mexico.”