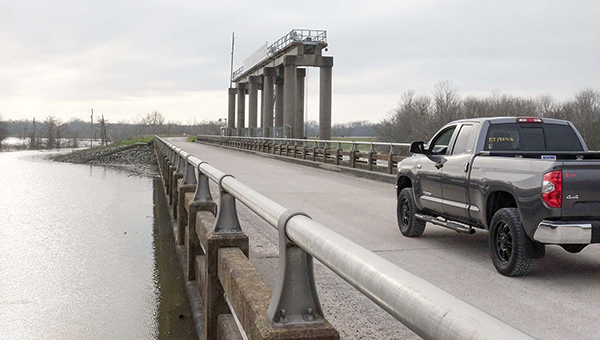 The U.S. Army Corps of Engineers Vicksburg District announced Tuesday it anticipates the need to close the gates of the Steele Bayou Control Structure, located approximately 10 miles north of Vicksburg, within the week.

“Heavy rainfall across the region during the past two weeks has elevated the Mississippi River and its tributaries. The majority of the state of Mississippi has received above-average rainfall during the past 30 days, with some areas receiving two-to-three times their typical amount of rainfall,” The District said in its release. “This heavy rainfall has elevated the lower Mississippi River to above-average levels for this time of year.”

The Steele Bayou Control Structure, combined with the Mississippi River and Yazoo Backwater levees, prevents the Yazoo and Mississippi rivers from backing up and further flooding in the delta.

According to the National Weather Service forecast, the Mississippi River at Vicksburg is expected to crest at 41 feet Friday and will be above flood stage by late January. Forecasts also predict water elevations in the Yazoo Backwater area will peak at approximately 88 feet within the next two weeks.

“District personnel and their local partners will continue to monitor the conditions of flood control works, including levees, floodwalls and pumping stations, across the entirety of the district’s jurisdiction,” the District said.