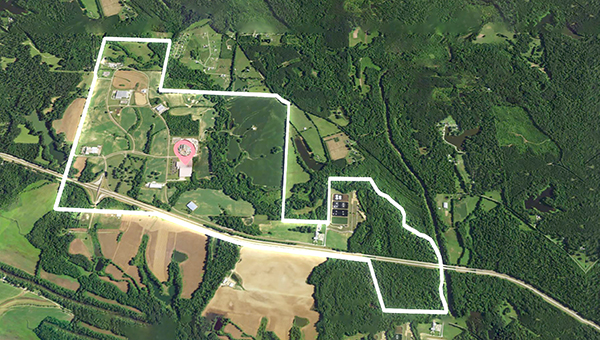 Three available sites at the Ceres Industrial Park have received a certification that will make them far more marketable and attractive to industries considering Warren County for future projects.

The certification is the result of months of work done by the Partnership in coordination with Entergy, which included a comprehensive review, due diligence and documentation generation for the three sites, in order to make them ready for prospective manufacturing or industrial projects.

“This is a very positive development for Ceres and for our efforts to attract more companies to Vicksburg and Warren County,” Pablo Diaz, President & CEO of the Vicksburg Warren Economic Development Partnership, said. “The certification process allowed us to document the strengths and weaknesses of our sites and to reduce the level of risk and due diligence that a potential company would need to undertake in order to decide to locate in our community.

“We are most thankful to Entergy Mississippi for working closely with us to accomplish this certification and we look forward to partnering with them to market the sites and Ceres in general to companies across the nation and the world.”

Entergy Mississippi works with communities to help identify the due diligence and analysis needed to make sure sites are ready for a project. Once that work is completed, Entergy authorizes the certification of the sites and provides resources to promote the certified sites and market them to national and international brokerage firms and site consultants.

“As decision timelines for companies grow shorter, Vicksburg Warren County understands having sites ready for development is a necessity to remain competitive,” Ed Gardner, Executive Director of Entergy Economic Development said. “Entergy is proud to add three sites in CERES to the growing list of certified sites in our service territory. I commend the Economic Development Partnership for making significant investments to meet the requirements of our program.”

Warren County Board of Supervisors President Jeff Holland, who has previously served as chairman of the Economic Development Foundation, and familiar with the efforts to get the certification, said Thursday’s announcement was a big step forward for Warren County.

“It is a wonderful thing to see this community to be positioning itself strategically and aggressively for future economic development,” Holland said. “That is exactly what we need to do to compete effectively in the marketplace and I want to express my gratitude to Pablo Diaz for his leadership and also Ed Gardner and Entergy for their support and partnership in this endeavor.”

“Entergy is a key partner in our economic development efforts and this certification is another example of their commitment to help communities in their service territory be prepared for success,” Flaggs said. “We have had tremendous economic development success in the past few years and Entergy has continuously been a close ally in that success”