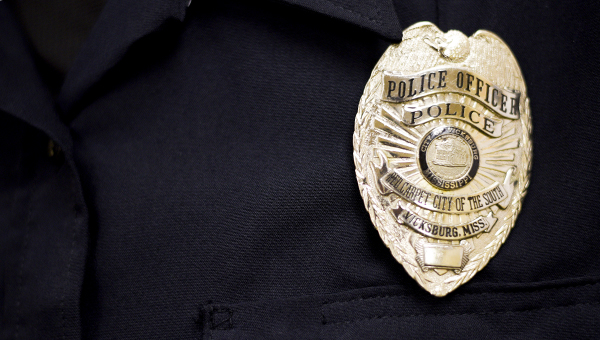 The Vicksburg Police Department is seeking the public’s help — not necessarily with information on a crime or ongoing investigation, but for those who can help protect the community.

The department has opened up the application process for entry-level police officer positions with the goal of finding qualified candidates to fill as many as 16 open positions.

“There is just so much more we could do if we were able to get more officers,” Vicksburg Police Department Capt. Mike Bryant said. “We could do so much more, not just more patrols or community policing, but initiate more programs with our youth, in the schools.”

The department currently has 65 officers, well below the 81 slots they have budgeted.

“Right now, we are looking for people to apply and go through the screening process,” Bryant said. “Over the past few cycles, we have had so few turn out and attempt to qualify.”

Bryant said during the last application process, four people turned out for the initial test and only one made it through the initial screening, which includes a physical fitness test, a written exam, an oral exam and a background check.

He said most of those who apply fall out of the process during the physical fitness portion of the screening, which mirrors the entry test for the state’s police academy in Pearl.

The physical fitness test includes push-ups, trunk flexion — which is similar to a sit-up — 30-yard agility run and a 1.5-mile endurance run. Times and requirements of some portions of the test are determined by a person’s age and sex.

A candidate must be 21 years of age, a U.S. citizen, have a high school diploma or GED equivalent, and a valid driver’s license. If a candidate has any military service, they must have been discharged under honorable conditions.

In addition to passing the physical fitness test, a candidate must score 70 percent or better on the Civil Service written examination, pass a drug screen, and receive a satisfactory psychological evaluation and background check.

In regards to the background check, Bryant said applicants should come forward with any items in their history “because what they believe to be big items might very well be something we have seen before and can work with.” Bryant said candidates cannot have any felony convictions or misdemeanor domestic violence convictions.

As for pay and benefits, if a candidate makes it through the application and screening process they will then be scheduled to attend the next class at the Mississippi Law Enforcement Officer’s Training Academy. Once they are enrolled in the academy, they are officially on the city’s payroll.

The 12-week training cycle at the academy for this period begins in April.

Following graduation from the academy, new officers would then be in the department’s field training. That phase includes ride-alongs with other officers and supervisors, and training at the department. Once that 14-week period is over, are positioned to begin riding alone.

The beginning salary for police officers is set at $14.75 per hour, with educational incentives. Officers are provided employer-paid health, life, dental and vision insurance. Officers are also enrolled in the state’s retirement plan and receive nine paid holidays each year.

The oral segment of the test will be conducted in the department’s training room on Tuesday, Feb. 4 at 9 a.m. In that test, candidates will be presented with a number of scenarios and given four minutes to formulate and respond to each one while being recorded.

After the testing process is complete, the department will conduct background investigations on each passing candidate, which could take up to two months. With the background check completed, candidates will be interviewed by a board of senior officers. Those selected will then be scheduled for a medical physical, drug screening and psychological evaluation.

Those seeking to apply can pick up packets at the city of Vicksburg’s Human Resources Office, 1415 Walnut St., Suite 1000 beginning Monday, Jan. 13.

The deadline to return application packets is Thursday, Jan. 30 at 4 p.m.