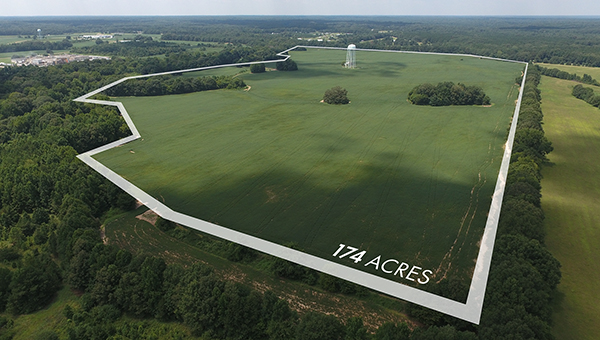 The Warren County Port Commission announced Friday it had received a grant from the Mississippi Development Authority to start construction of a road to allow access to Ceres’ largest available site and to support in the rehabilitation of water infrastructure assets.

The funds, which total $241,450 are provided by the Mississippi Development Authority as part of the Premier Site Development and the Ready Site programs, which MDA provides to support communities in their efforts to attract more jobs and investments to Mississippi.

The grants are announced every year by the Mississippi Development Authority after an application process and on a competitive basis.

“The site development work proposed by the Warren County Port Commission demonstrates the Port’s commitment to developing qualified available sites that meet the needs of prospective businesses in the current business environment,” MDA Executive Director Glenn McCullough said. “With these grants, we are pleased to continue to support the important work Vicksburg is doing to further prepare these sites for industrial development, enhancing the competitiveness of the sites, the community, and the State of Mississippi.”

The grant will help offset costs to construct the road to site B at Ceres and to rehabilitate existing water infrastructure.

Site B is Warren County’s largest industrial site, which is approximately 180 acres. The site was recently certified as Project Ready by Entergy Mississippi along with two other sites in the park.

According to the Port Commission, the construction of the access road and the improvements to the water system will make the site one of the most competitive in the State of Mississippi.

“We have had a superb couple of years in terms of economic development and we are proud that the Partnership’s efforts have generated the announcement of over 730 new jobs in that timeframe alone,” Port Commission Vice Chairman Don Brown said. “That being said, there is more work to do and more opportunities to realize for our community and that is why this work and this grant are so important. We have to make our sites the most competitive they can be in order to have a better chance at winning more projects.”

The awarding of the grant was also celebrated by county and city leaders.

“I greatly appreciate the partnership we have with the Mississippi Development Authority,” Dr. Jeff Holland, President of the Warren County Board of Supervisors, said. “Their grant provides an essential building block in the economic development future of our community.”

Mayor George Flaggs Jr. said the grant is further evidence of the strong faith MDA has in the work going on in Warren County.

“We are proud to receive another round of funding from the Mississippi Development Authority to support the preparation of the community’s industrial assets,” Flaggs said. “I am particularly appreciative of the fact that the MDA understands our plans to make this region more competitive and provides resources that our community can match to accelerate our preparation and success.”

In October, the Port Commission agreed to a contract with Neel-Schaffer Engineering Solutions to develop plans for the road project. The 1,200-foot expansion of the existing road will need to cross over a small creek that runs behind Tyson and Unified Brands.

In that agreement, the engineering firm was expected to finalize the plans by mid-February. After that, the project could then be put out for bids to determine the cost of the project.

“This is just another step to make that site more attractive and reduce any risk potential clients might have in that site,” said Pablo Diaz, Vicksburg Warren Economic Development Partnership executive director, in October. “Each step we take is to reduce the risk factor for clients who might consider this site.”

Diaz said the greenfield site is one that, when developed would be in excess of 150 acres, which puts it in the running for most economic development projects.