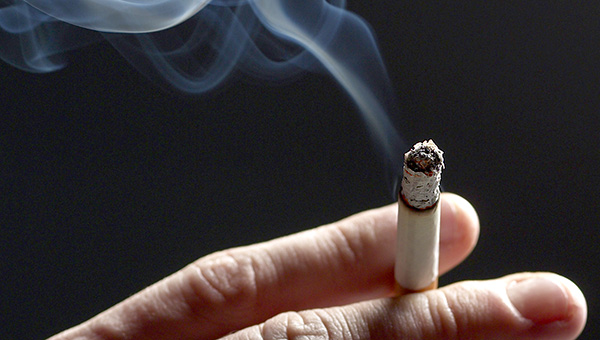 Smoking is not allowed in the Warren County Courthouse, but now due to complaints from some county employees who work in the courthouse, smoking near the building may also be prohibited.

“The smoke goes in and bothers them,” interim county administrator Loretta Brantley told supervisors. “It goes in their office and it also makes its way into the chancery clerk’s office upstairs. They want you to address the issue, ask people to step away from the building.”

Chancery Clerk Donna Hardy, who attended Monday’s work session on another topic, said employees in her office would appreciate the supervisors addressing the issue.

“Y’all would be blessed,” Hardy said. “Anything y’all could do would be greatly appreciated because our office is getting all that smoke because they are standing right outside the basement door. There will be some who won’t like it, but the majority of us will.”

County attorney Blake Teller said he would check to see if there are any statutes that dictate the distance those smoking need to be away from the building, or what statutes are in place to allow supervisors to make or change policies.

Brantley said she would review the county’s insurance policies to see if they outline any smoking boundaries around county buildings.

The supervisors did not set a timeline for when they would address the issue again, but District 4 Supervisor and Board President Dr. Jeff Holland said if the county’s policies are not strong enough, they need to be.

“There are tons of (non-smoking policies) for most states and tons of them for federal buildings,” Holland said. “If we don’t have any teeth, then we need to grow some.”