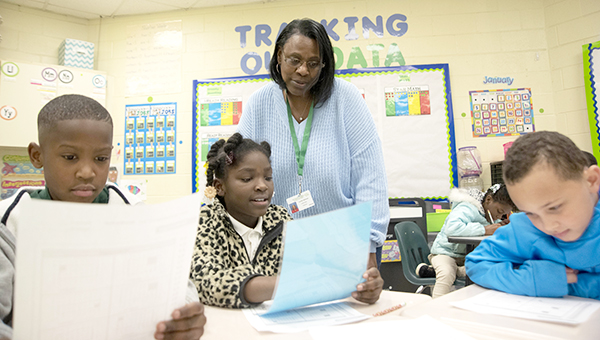 For more than two decades, Valerie Bernard has headed to a classroom with the mission of “making a difference in the lives of children.”

Bernard, who is in the midst of her 24th year of teaching, is a second-grade teacher at Dana Road Elementary and is one of the teachers nominated for the Vicksburg-Warren County Chamber of Commerce’s Teacher of the Year awards

With both a bachelor’s degree and a master’s degree in elementary education from Mississippi College, Bernard began her career teaching in the Jackson Public Schools at Powell Middle School. She also taught at Sykes Elementary School in Jackson before moving to St. Therese in the Diocese of Jackson in 2011. In 2014, she returned to Jackson Public Schools, teaching math and social studies at John Hopkins. She later moved to fifth grade at John Hopkins before coming to Dana Road Elementary in 2018.

Bernard said she works to find ways to connect students and their lessons to the world around them.

“I consistently draw real-world parallels to different lessons to further demonstrate the importance of each objective,” Bernard writes in her Teacher of the Year application. “For example, I was teaching a lesson on how tools were used by early humans for survival. I found pictures of tools that are equivalent to present-day tools such as hammers, knives, etc. We discussed how the tools differed in look as well as uses.”

She also said part of her focus is on building the confidence of each student, particularly as they head into a test.

“I teach strategies to help students on tests,” Bernard writes. “These approaches have yielded a steady increase in most students’ scores when students implement what they have learned.”

She also said that students — all students — can succeed when given the attention they deserve.

“I believe that given the right tools and technology, all students can learn,” she said. 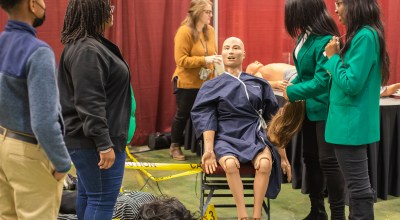