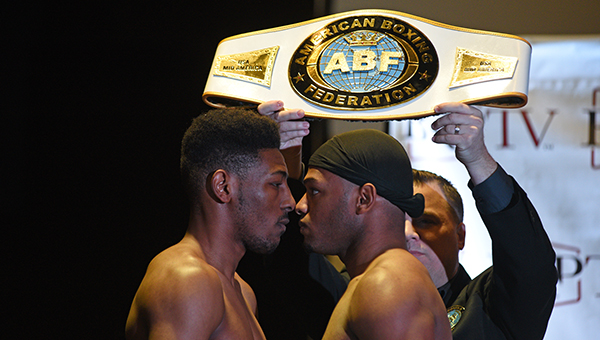 With its centralized location and plethora of casinos, Mississippi boxing promoter Dr. Rashad N. Ali envisions Vicksburg as a potential hub for some of the sport’s biggest fights.

His first card in the city is going a long way toward putting his money where his mouth is.

Ali’s BKPTV promotion will host “Night of Champions II,” a nine-fight boxing card Saturday night at Lady Luck Casino in Vicksburg. Among the bouts are two championship fights and a loaded undercard filled with a mix of veterans and up-and-comers.

“When we came to Vicksburg, we believed we should be bringing world-class events to Mississippi, and Central Mississippi in particular,” said Ali, whose promotion is based in Hattiesburg. “What we’re trying to do with Vicksburg is make it a destination city. We want to make it like Las Vegas. And to do that, we want to bring Las Vegas-style fights to Vicksburg.”

There are two main events on the card, both for vacant American Boxing Federation championships.

The first will feature Pearl’s Chown “Chop Chop” Sims taking on Ke’Eric Hinton of Tuscaloosa, Ala., for the super middleweight title. It’s a rematch from last August in Tuscaloosa, when Sims won in a four-round unanimous decision. They’re scheduled for six rounds this time.

Both fighters have 4-1 records, and this will be the first championship opportunity for each one.

The first fight with Hinton was the second of three that Sims fought in two months last summer. He lost the third, via TKO to Ty McLeod, but has won two since.

Hinton won his first four professional bouts before losing to Sims. He has not fought since.

“I’m ready to go now,” Sims said at a pre-fight press conference Friday. “It’s huge. I’m worried about the unfinished business, though. I should’ve stopped him the first time, and I’ll stop him this time.”

The other main event will pit Russian Rashid Akzhigitov (10-0, 7 KOs) against Willie Jake, Jr. (8-3-1, 2 KOs) for the ABF heavyweight championship. The fight is scheduled for eight rounds.
Akzhigitov was born in Penza, Russia, but now fights out of Pensacola, Fla., and is under the tutelage of legendary light heavyweight Roy Jones, Jr. Jones is slated to make an appearance as a special guest.

Jake, who is from Indianapolis, lost his last two fights by knockout — neither went beyond the fourth round — and has not fought since August. He was 6-0-1 in seven fights before that.
The rest of the card will include two lightweight fights, three in the middleweight division, and a four-round cruiserweight bout between Garreth Payton of Augusta, Ga., and Jayvone Dafney of McComb.

Dafney is one of seven Mississippi fighters on the card.

Columbus’ Anthony Walker will take on Michael Cook, and Meridian’s Tyi Edmonds faces Rashad Jones of Selma, Ala. All are middleweights.

Two fights will have Mississippians squaring off. Jackson residents Joshua Weems and Javonn Davies meet in a four-round welterweight bout, while middleweights Louis Hernandez of Forest and Najik Lewis of Gulfport square off in a six-round bout.

NIGHT OF CHAMPIONS II
• Saturday, 7 p.m., at Lady Luck Casino Arena
• Nine boxing matches, including two for the vacant ABF heavyweight and super middleweight titles, headline the card.
• Tickets are $40 for general admission, $50 for ringside, and $100 for VIP seating, and are available at the door. Doors open at 5 p.m. and fights start at 7. Advance tickets are available at BKPTV.com. The event is an all-ages show.