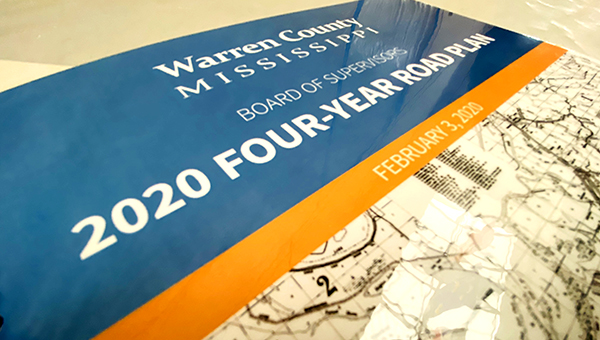 The Warren County Board of Supervisors approved the 2020 Four-Year Road Plan Monday morning.

The Warren County Board of Supervisors Monday approved a plan that would use state highway funds to address seven much-needed projects in the county over the next four years.

Using State Aid Funds, which are provided the county each month, the plan developed by county engineer Keith O’Keefe, in conjunction with the state, would address projects from the Eagle Lake community through multiple projects on Fisher Ferry Road.

O’Keefe said the state rides the roads each year and determines the areas of the most need. It is from that list they then select as the projects that should take priority. T

One of the projects is the western end of Eagle Lake Shore Road, from the levee to where the road intersects with Highway 465. In the plan adopted Monday, “a thin lift asphalt overlay with base repair is needed on the westernmost one mile of roadway.”

Another project included in the plan would reseal a 3.8-mile section of the roadway of Freetown Road from Culkin Road to Tucker Road. The plan said the project — which is estimated to cost $350,000 — is needed to “maintain the integrity of the existing roadbed” which was reportedly in good condition.

The largest project outlined in the plan would address eight miles of Bovina Cut-Off Road between Warriors Trail and Highway 27.

The project, which is estimated to cost $850,000, would provide for a “thin lift overlay” for a three-mile section of the road, while the remaining five miles would receive base repairs and spot paving where needed.

There were two projects outlined in the plan for Fisher Ferry Road.

The first would provide for “surface treatment as a scrub seal” to seal cracks and refurbish approximately two miles of the road between Grange Hall Road and Goodrum Road. The estimated project cost is $225,000.

The second project proposed for Fisher Ferry Road is a two-mile stretch from Jeff Davis Road and Fonsylvania Road and another five-mile stretch to County Line.

This $775,000 project would address significant cracking and also provide what the plan calls a need for an “asphalt overlay between Jeff Davis and Fonsylvania, while the remaining five miles would receive base repairs and spot paving as needed.

One of the smaller projects would address “substantial cracking in the roadway surface” on Wisconsin Avenue between Basinsky Road and Porters Chapel Road. The $140,000 project would provide for an asphalt overlay on this half-mile stretch.

The final state aid project listed in the four-year plan is an asphalt overlay project on Basinsky Road from Wisconsin Avenue to Lake Hill Drive. It is estimated the half-mile project would cost $140,000.

O’Keefe said the estimated total for all the projects is nearly $2.8 million, but the county is only projected to receive $2.3 million from the state over the next four years. Of that $2.3 million, $200,000 was already earmarked for other state aid projects from the previous plan that are already in the design phase, including a section of Eagle Lake Shore Road.

Although the estimated cost is more than the $2.1 million the county is expected to receive, he said it was important to plan the work and then as funds became available and projects became more needed, some changes could be made to fit within the funds available.

The plan approved Monday did not include any county-funded projects, such as roads in need of paving or gravel, but O’Keefe said he believes those projects could be planned out over the next two-to-three months in working with individual supervisors and addressing the needs in their districts.