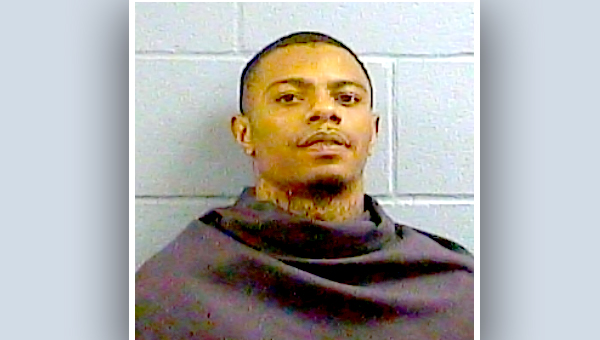 A Vicksburg man arrested and charged with both drug and gun charges has had his case bound over to the grand jury and received a $250,000 bond.

Monday, Vicksburg Judge Penny Lawson placed bonds totaling $250,000 on Chauncey Rankin, 30, in connection to his arrest over the weekend and the discovery of methamphetamine, a semi-automatic rifle, digital scales and cash.

After a brief chase in the Kings area Friday, Rankin was arrested by the Vicksburg Police Department’s narcotics division’s NET team.

Rankin was in possession of over 500 grams of methamphetamine with a street value of $41,000 at the time of his arrest.

A search warrant executed later at his home later resulted in the discovery of more methamphetamine, digital scales, a 5.56 mm semi-automatic rifle and over $3,500 cash.

Rankin was charged with aggravated trafficking of a controlled substance and possession of a weapon by a convicted felon.

According to officials at the Warren County Jail, Rankin has already posted bond.