Flowers brings tremendous experience to the classroom and her students 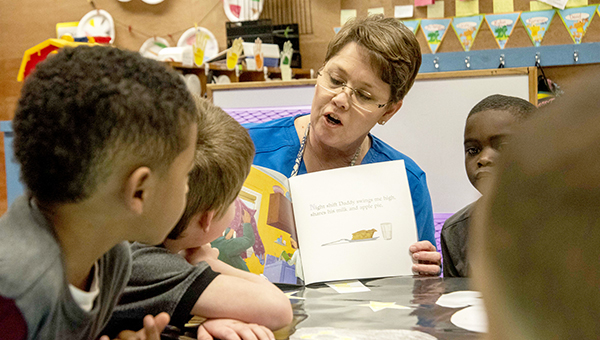 For Malissa Flowers, a lesson she engaged in with her students around Thanksgiving focused on the differences and important similarities between the English and American Indian cultures. The lesson focused on diversity and how different ideas and cultures can strengthen a community.

“This allowed us to relate to students the essential message that diversity brings new ideas and that we are all better together which is a message that defines me as a teacher,” Flowers said. “My belief is that we all have the opportunity to strengthen one another because we all have something valuable to offer was demonstrated in these lessons.”

Flowers, an early education teacher at Beechwood Elementary who focuses on helping students with special needs and autism, is one of the teachers nominated for the Vicksburg-Warren County Chamber of Commerce’s Teacher of the Year awards.

Flowers began her college career receiving a practical nursing degree from Pearl River Community College. She later received a bachelor’s degree in mathematics and then a master’s degree in education, both from William Carey University.

She began her more than 14-year teaching career at First Presbyterian Christian School in Hattiesburg before moving to teach in Sumrall. She later began teaching at Brandon High School, where she taught geometry and algebra.

Flowers joined the team at Beechwood Elementary School in 2017.

In her application for Teacher of the Year, Flowers described one of her most moving moments as a teacher, which involved a student and the child’s mother.

“The student came to our class possessing many developmental delays, and with him came a very young, worried, intimidated and lost mother,” Flowers writes. “We created many opportunities for parent involvement, walked and talked as friends on field trips, and kept in close contact in order to clarify her child’s progress and to introduce her to the many programs and resources that were available.”

Flowers said over time, the mother revealed her own educational experiences growing up were difficult, which led to her feeling intimidated.

“She also revealed that becoming involved in her son’s class made her realize what she could do and how she could be involved. She truly became empowered,” she said. “As a team, we saw this student make amazing progress and in the process, we gained a friend, a voice, a worker and a vote for education.”