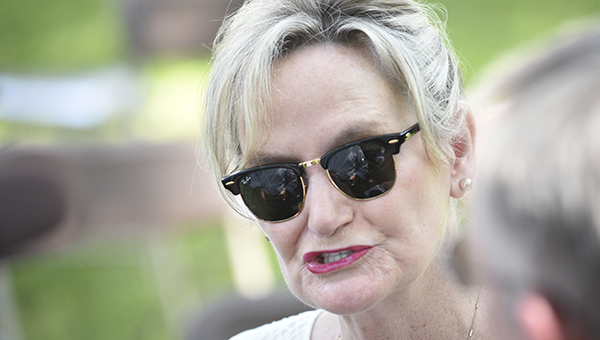 An additional $7.5 million has reportedly been allocated to address future flooding issues in the Yazoo Backwater Area.

The additional funding was announced Monday by U.S. Sen. Cindy Hyde-Smith and is part of a total of $46.5 million in funding for the U.S. Army Corps of Engineers for 27 projects in Mississippi.

Hyde-Smith, who serves on the Senate appropriations subcommittee that funds the Army Corps, said the additional FY2020 funding will support flood control structures, six wastewater projects in Clinton, Gautier, Oxford, Sardis, and Jackson and DeSoto counties, and harbor dredging in Gulfport and Pascagoula.

“Congress gives the Army Corps the discretion to allocate funding to projects that are underfunded but would have a near-term positive impact on public health and safety. This is the case for the projects in Mississippi getting additional funding,” Hyde-Smith said in a press release announcing the funds. “I am particularly pleased the Army Corps is dedicating funding to the Yazoo Backwater Area, which signals it understands the critical situation in the South Delta.”

The additional Mississippi project funding derives from the FY2020 appropriations legislation signed into law in December. The Army Corps FY2020 Work Plan outlines the projects that will receive additional resources this year.

In the release, Hyde-Smith said the $7.5 million would provide continued “environmental documentation and the acquisition of mitigation necessary to advance revived efforts to complete the last remaining unconstructed feature of the project — pumps.”