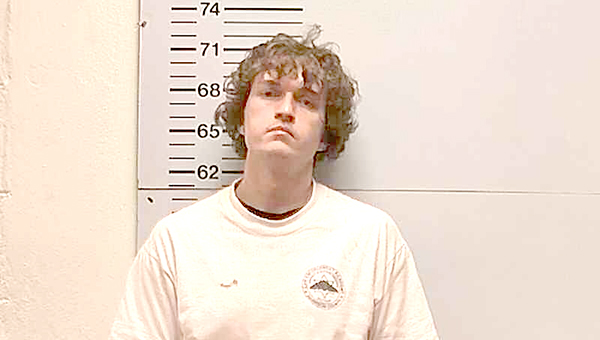 Austin Williams, of Vicksburg, is in custody and charged with a number of crimes including breaking into a church Thursday evening.

According to Warren County Sheriff Martin Pace, deputies responded to an area near Nailor Road and North Drive at around 5 p.m. for reports of an individual “acting suspiciously.”

Once deputies arrived, they spotted the individual who then ran.

“When he ran, he dropped several items including some hand tools and some personal property and clothing,” Pace said. “We recovered that and continued to look for him.”

During the search, Pace said, a citizen on Bottino Drive reported their late-model Ford truck had been stolen. The truck’s owner also later reported their home had been burglarized.

During the search, after 7 p.m., deputies responded to Southside Baptist Church, where a burglar alarm had been set off.

Pace said when deputies responded to the church off of Fisher Ferry Road on Baptist Drive they discovered the stolen truck near the entrance of the church property. There was no one in the vehicle.

“Multiple units were summoned to the area and we surrounded the church,” Pace said. “While deputies and a K-9 unit were searching the church for a suspect, we received a call from a citizen that an individual fitting the description we were looking for was walking on Fisher Ferry Road near the Vicksburg city limits.”

Just before 8 p.m., Pace and Deputy Ronnie Fuller found the suspect hiding in the bed of a pick-up truck that was parked near the intersection of Halls Ferry and Drusilla Lane.

Pace said that when they took Williams, 28, into custody, he was wearing clothing that had been stolen in an earlier burglary in Vicksburg.

Friday, a judge placed a $30,000 bond on Williams in connection with the charges and a detainer on him for violating his probation from drug court.

Williams is currently being housed at the Warren County Jail.