Griffin wants to inspire greatness in her students 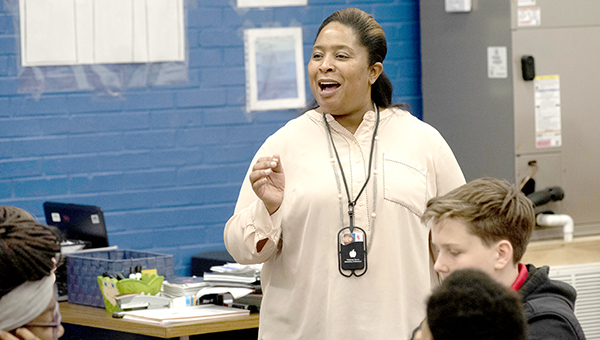 Jessica Griffin is in her tenth year in education and believes that “teaching lifts lives and inspires greatness in others.”

“Good teachers are always looking for ways to improve student achievement in the classroom,” Griffin said.

Griffin, who is an English Language Arts teacher at Warren Central Junior High School, is one of the educators nominated for the Vicksburg-Warren County Chamber of Commerce’s Teacher of the Year awards.

She earned a bachelor’s degree in journalism before later receiving a master’s in teaching from Alcorn State.

Griffin began her career with the Vicksburg Warren School District as a compensatory reading and math teacher at Warren Central Junior High in 2011. She later became a Read 180 teacher at the junior high school before moving to teach ELA at the start of the 2015-2016 school year.

“In every standard, I try to show students that they can overcome any and all obstacles that stand in their way,” Griffin writes in her Teacher of the Year application. “As a teacher, I believe that I am charged with helping young people be greater than they could ever imagine.

“I decided to never judge my students based on their behavior,” Griffin continued. “Because the behavior does not demonstrate who they are. It is often a reflection of their life experiences.”