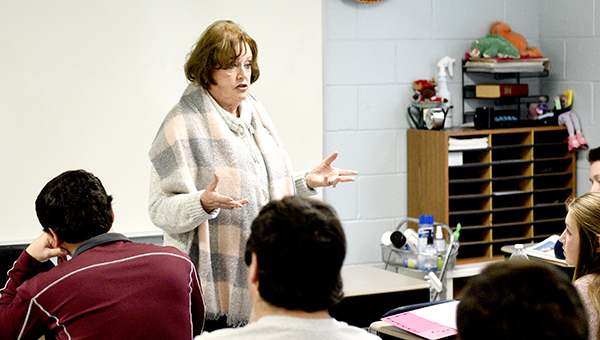 Porter’s Chapel Academy announced late Friday it had decided to delay the return of teachers and students to Tuesday rather than Monday.

The decision was reached Friday evening following lengthy discussions by the school’s board.

The announcement comes on the same day the school had originally decided to go ahead and resume classes Monday.

“After a lot of discussions this evening, we have decided not to return until Tuesday,” acting headmaster Lynn Baker said. “It could be later after we have additional conversations with the state officials Monday.

Porter’s Chapel, as with the other schools in the area, has been out for spring break, which has given school officials time to thoroughly clean the school ahead of students and teachers returning Monday.

“Normally we do not do all the doorknobs and everything else all the time, but we definitely did this time,” Baker said in an earlier interview Friday. “All of the desks were also disinfected. That actually was more because of the flu than it was because of coronavirus.”

Friday morning, Baker said any additional decisions would continue to be based on recommendation from state health and education officials.

“We are taking our lead from what state officials have suggested and what other schools and districts are doing,” she said.

Thursday, Mayor George Flaggs Jr. said he would be recommending to the Board of Mayor and Aldermen that any events held at city facilities, such as the City Auditorium, be restricted to no more than 250 people

Baker said any decision on graduation would be made later.

“We have not talked about it yet, because most of the things being discussed are dated by the end of March or sometime in April,” she said. “So until we get something definitive after those particular dates, we are not discussing it.”