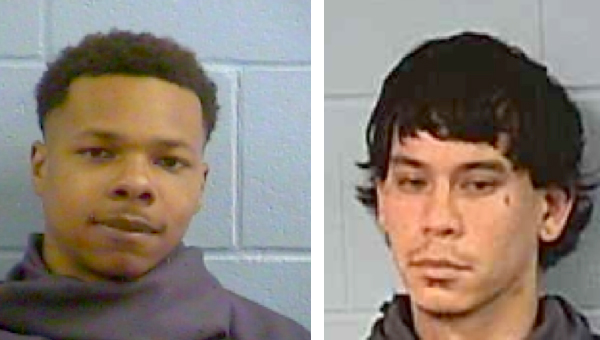 On Thursday, officers with the department’s narcotics and criminal investigation division conducted an operation at The Smoke Break, 1217 Cherry Street.

During the operation, 27-year-old Dzackery Williams, of Vicksburg, was arrested on one count of possession of cocaine with intent to distribute after 21 grams of cocaine, digital scales and $276 in cash were found in his possession.

He appeared before Judge Penny Lawson in Vicksburg Municipal Court Friday, where he received a $50,000 bond.

On Sunday, officers, while making a stop for a violation of the curfew, arrested 27-year-old Edwin Malpica, of Vicksburg.

During the search of his vehicle by a K-9 officer, Malpica was found to be in possession of methamphetamine.

He appeared before Judge Angela Carpenter in Vicksburg Municipal Court Monday, where he was arraigned on one count of possession of methamphetamine. His bond was set at $60,000 and his case was bound over to the Warren County grand jury.

Malpica also had an outstanding warrant from the Warren County Sheriff’s Office for aggravated assault.

On Friday, officers responding to an alarm on Dabney Drive discovered Ronald Smith, 58, of Fayette, inside an outbuilding of the home. Smith was charged with one count of burglary of a residence. He appeared in Vicksburg Municipal Court on Friday and was bound over to the Warren County Grand Jury on a $10,000 bond.