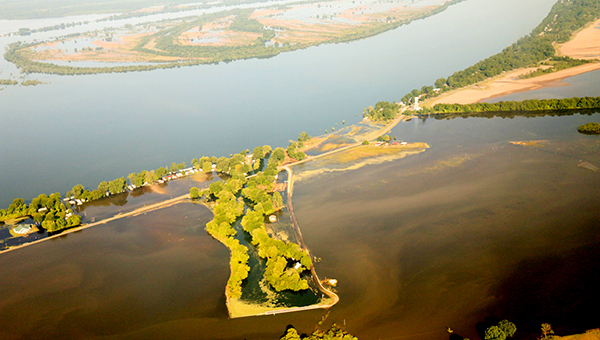 The Mississippi Levee Board has taken an official stand in full support of the completion of the backwater pumps project.

In a statement released Wednesday, the board not only issued its strong support for the project, but wanted to “set the record straight on the environmental benefits of flood control.”

“The Yazoo Backwater had its worst flood in 2019, and 2020 could see similar impacts,” the statement, issued by the board’s chief engineer Peter Nimrod, said. “Solid scientific data demonstrates that the Yazoo Backwater Pumps will help, not hurt the environment. The severe environmental damage of backwater flooding has not received the attention it deserves, because the focus has been on the economic and human hardship of flooding.”

In a long list of environmental benefits that would be brought by the pumps, the board worked to counter the arguments made by what they said were “extreme environmental groups” who oppose the pumps project.

Some of the items listed by the board included:

• Backwater wetlands are sustained by rain, not flooding. The U.S. Army Corps of Engineers has more than 10 years of wetland monitoring data that confirms that the hydrology source for wetlands is more than 53 inches of annual rainfall, not periodic backwater flooding.

• The U.S. Army Corps of Engineers in the past ignored the role of rainfall in its wetland analysis as a conservative approach, which overstated the adverse impacts of the pumps.

• Aquatic species suffer and die in floodwater. The federal government has records of fish sampling in the warm, murky waters typical of backwater floods showing that few species survive. Sitting water causes hypoxia, or a lack of oxygen, and damages all aquatic species. The waterfowl dependent on aquatic species also suffer.

• Backwater floods exhibit poor water quality. The records demonstrate that water quality declines in the floodwaters, which of course causes damage to aquatic species and vegetation that rely on cleaner, flowing water.

• Tree stands are damaged by flooding.

• Floods cause wildlife deaths. Everyone in the community knows about the dead deer and other wildlife that was lost during the 2019 flood. It is tragic to see wildlife trying to escape floods. The damage impacts reproduction, reducing populations in the future.

“We don’t see how any pro-environmental organization with accurate information could continue to oppose the pumps. Yet some extreme groups continue to argue that the pumps will harm the environment,” the board stated.

Following the board’s statement, U.S. Sen. Cindy Hyde-Smith, a strong proponent of the completion of the pumps and who has also worked to secure federal funding for preliminary work on their completion, issued a statement Thursday praising the levee board’s position.

“Even as we fight the COVID-19 crisis, Mississippians in the Yazoo Backwater Area are also fighting a third consecutive year of catastrophic flooding. Since mid-January 460,000 acres are underwater,” Hyde-Smith said in a press release from her office Thursday. “The Mississippi Levee Board deserves credit for focusing our attention on the environmental damages caused by perpetual Yazoo Backwater flooding — flooding that can be mitigated by finally building the pumps.

“Everyone needs to understand that our ongoing flood disaster in the South Delta not only affects homes, property, and public infrastructure, it also causes long-lasting harm to water quality, forests, wildlife, aquatic species, and the underlying wetlands,” she said.  “We have 12 years of scientific data and 10 separate flood events since 2008 to prove it.”

According to the levee board, the Corps is moving forward to update its documentation of the impact of the pumps.

“We understand that they plan to complete this process during 2020 with a decision by January 2021,” the board said. “We urge them to act quickly so that the devastating damage to people, the economy and the environment can end.”