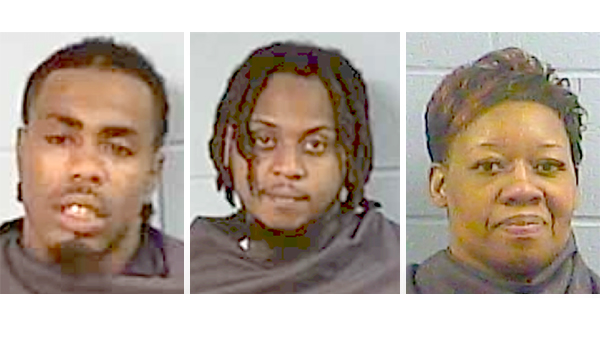 A curfew stop early Sunday netted an arrest of a suspect wanted by the Warren County Sheriff’s Office.

At 3:07 a.m., officers of the Vicksburg Police Department Narcotics/NET Team contacted Steven Lyons in a vehicle after curfew on Military Avenue near Halls Ferry Road. Lyons, 27, of Port Gibson, was wanted by the Warren County Sheriff’s Office on a charge of Burglary.

On Friday, officers arrested Jeanette Spratley, 49 of Vicksburg, on one count of uttering a forgery that occurred at Community Choice Financial in October 2019.

Spratley appeared in Vicksburg Municipal Court before Judge Angela Carpenter Friday and was bound over to the Warren County Grand Jury on at $2,500 bond.

The third arrest reported by the Vicksburg Police Department was of Kenneth Townsend, 22, of Vicksburg, who was arrested on one count of aggravated assault- domestic violence.

He appeared before Judge Angela Carpenter in Vicksburg Municipal Court on April 13, 2020, and was bound over to the Warren County Grand Jury on at $30,000 bond.

• On Sunday, at 7:04 a.m., officers were dispatched to a residence in the 1900 block of Martin Luther King Boulevard in reference to a burglary. The victim reported an XBox One, multiple golden necklaces, a fireproof safe containing approximately $4,000, a .40 caliber handgun and a 12-gauge shotgun were taken.

• On Friday, at 10:55 p.m., officers were dispatched to the 4400 block of Halls Ferry Road in reference to shots fired. Spent shell casings were collected at the scene and witnesses gave the description of a suspect vehicle.

• On Saturday, at 6:24 p.m., officers responded to the 800 block of Polk Street in reference to a single gunshot being fired. Officers searched the area but didn’t find any evidence.

• On Saturday, at 8:33 p.m., officers responded to a shots fired call at the Madison Glen Apartments, 1950 Hope Street. As the officers arrived on scene, a crowd of people was seen running from the playground into apartments and vehicles. The officers did not observe any disturbance at the time and stayed on the scene until all parties were clear from the complex.