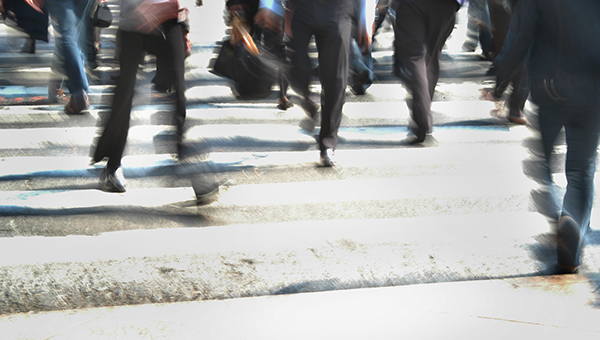 It is estimated that 22 million have sought jobless benefits in the past month — easily the worst stretch of U.S. job losses on record.

WASHINGTON (AP) — The wave of layoffs that has engulfed the U.S. economy since the coronavirus struck forced 5.2 million more people to seek unemployment benefits last week, the government reported Thursday.

All businesses deemed nonessential have been closed in nearly every state as the economy has virtually shut down. Deep job losses have been inflicted across nearly every industry. Some economists say the unemployment rate could reach as high as 20 percent in April, which would be the highest rate since the Great Depression of the 1930s. By comparison, unemployment never topped 10 percent during the Great Recession.

Layoffs are spreading beyond service industries like hotels, bars and restaurants, which absorbed the brunt of the initial job cuts, into white collar professional occupations, including software programmers, construction workers and sales people.

Collectively, the job cuts could produce unemployment on an epic scale. Up to 50 million jobs are vulnerable to coronavirus-related layoffs, economists say — about one-third of all positions in the United States. That figure is based on a calculation of jobs that are deemed non-essential by state and federal governments and that cannot be done from home.

It’s unlikely that all those workers will be laid off or file for unemployment benefits. But it suggests the extraordinary magnitude of unemployment that could result from the pandemic.

“This crisis combines the scale of a national economic downturn with the pace of a natural disaster,” said Daniel Zhao, senior economist at Glassdoor. “And that’s really unprecedented in American economic history.”

The U.S. economy is tumbling into what appears to be a calamitous recession, the worst in decades. Ryan Sweet, an economist at Moody’s Analytics, estimates that the nation’s output will shrink 10.5 percent before it starts to rebound. That would be more than double the contraction that occurred during the 2008-2009 recession, which was the worst downturn since the Great Depression of the 1930s.

Retailers and other service companies keep cutting jobs. The electronics chain Best Buy said this week that it will furlough 51,000 of its hourly employees, including nearly all its part-time workers. Royal Caribbean Cruises will cut one-quarter of its 5,000 corporate employees.

But now, job losses are spreading well beyond occupations involving restaurants, retail, travel and entertainment, which were hit first and hardest. The software company Toast, which works with the restaurant industry, last week cut half its workforce — or 1,300 people — citing a dizzying drop in restaurant sales. Yelp, the customer review site, cut 1,000 jobs. Groupon, the online discount company, shed 2,800.

The Vicksburg Police Department responded to a call of a shooting on Halls Ferry Road this evening that could have... read more