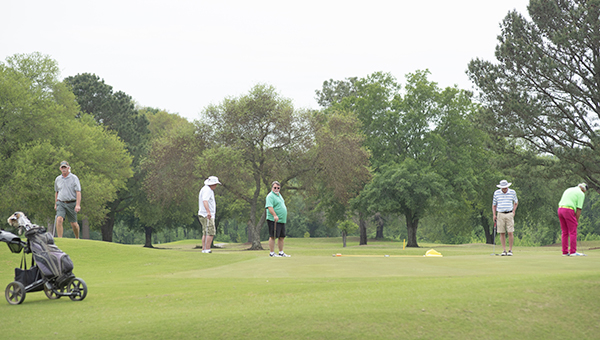 Friday evening, officials with Clear Creek Golf Course announced on social media the course would reopen Monday at 12:30 p.m., ending a two-week shutdown that was part of the Warren County Board of Supervisors’ shelter-in-place order.

But while that might have been great news for area golfers — and those who claim to be golfers — the reopening must first be approved by supervisors at their meeting Monday morning.

The county’s shelter-in-place order, which began Friday, April 3 at 5 p.m., instituted a number of restrictions, including closing the county’s recreational outlets such as the boat ramp in the Eagle Lake community and the golf course. It is set to expire Monday at noon.

In the days leading up to that shelter-in-place order, the golf course had seen significant growth in tee times, as residents looked for a recreational outlet.

During their work session Monday, supervisors expressed strong support to extend the shelter-in-place order through May 4, but some of the restrictions included in that original order might be changed Monday.

Friday, Gov. Tate Reeves extended the statewide shelter-in-place order, but removed restrictions on the state’s recreational outlets, including lakes and beaches. That decision by the governor is expected to give supervisors room to remove their restrictions on the golf course and the boat ramp, while at the same time keeping many of the other restrictions in place through May 4.

The supervisors’ meeting is scheduled for Monday at 9 a.m.

Flaggs plans a methodical approach to reopening city, some businesses