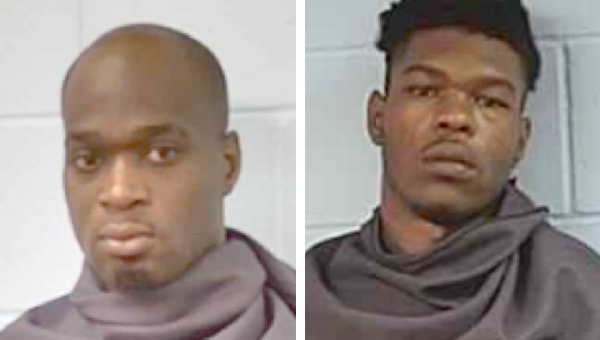 Officers with the Vicksburg Police Department, along with deputies from the Warren County Sheriff’s Office, arrested a man now charged with kidnapping a woman Thursday.

Authorities arrested 33-year-old Jerome Turner, who is accused of kidnapping a woman who received minor injuries in the incident. He has been charged with one count of kidnapping by force and one count of felony domestic violence.

Turner appeared in court Friday, where Judge Penny Lawson set his bond at $250,000. His case was also bound over to the Warren County grand jury.

In another felony arrest from Thursday, officers arrested Christopher Glass, 20, of Vicksburg, after a stolen firearm was found in his vehicle.

Officers stopped Glass’ vehicle for a possible curfew violation Thursday. The gun was discovered during a check of his vehicle.

Glass appeared in court Friday. Judge Lawson set his bond at $2,500 and bound his case over to the Warren County grand jury.

• On Thursday, at 9:18 a.m., officers responded to a Mississippi Materials Company, 4455 Rifle Range Road, in reference to an auto theft. The victim reported he left his keys in the ignition of his 2015 Chevrolet Silverado and someone stole it. The vehicle was recovered later the same day.