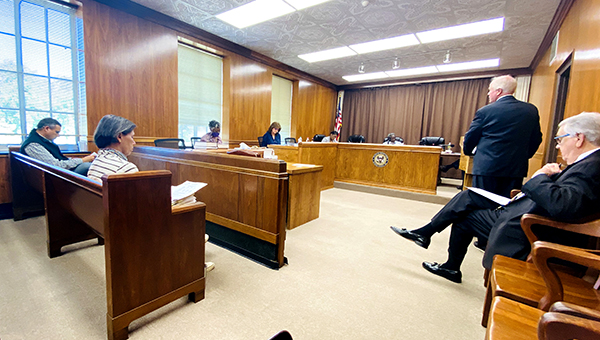 Warren County Youth Court Judge Marcie Southerland presented a plan to Warren County Supervisors that would not only save significant money but allow families to take a more active role in the rehabilitation of youth who have taken part in criminal activity.

Instead of looking to house children in the county’s youth detention center, Southerland presented a contract she would like the county to enter that would give her the option of using GPS ankle monitors.

The program would be a partnership between the county and Court Programs Inc. and would provide court ankle monitors that could be placed on youthful offenders assigned to house arrest at a cost of $9 per day.

Southerland said there are no upfront costs to the county and the daily charge would apply only when the monitor was activated. She also said the daily cost of holding youth in the detention center is estimated at $125 per day.

In addition to the cost savings, and better tracking capabilities, Southerland said the system would make her more comfortable in assigning house arrest as an option knowing the child would be placed with the family.

The supervisors are expected to vote on the contract during their regular meeting Monday.

In the contract, Court Programs Inc. would supply all accessories needed, technical and operational support, 24-hour monitoring of assigned offenders and notification of violations to designated personnel.

According to Court Programs’ website, the company said the GPS monitoring “is an intensive supervision method with the defendant being monitored constantly via satellite technology.”

Ash, where did you go?

The following is an “exclusive” interview with Ash, the Old Court House Museum cat, talking about his days-long disappearance back... read more