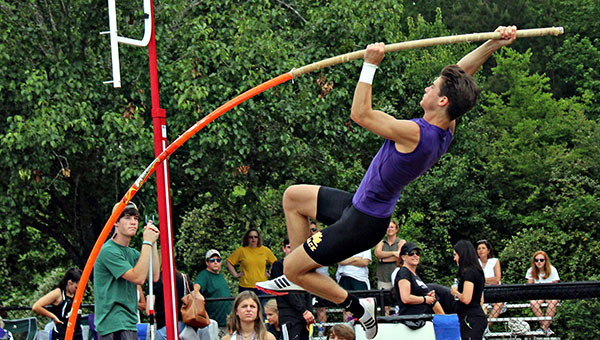 St. Aloysius’ Brayden Roesch launches himself into the air during the boys pole vault competition at the 2019 MAIS Class AAA state track and field meet. Roesch won back-to-back state titles in the event in 2018 and 2019. (Ernest Bowker/The Vicksburg Post)

This is the first in a series of stories recognizing Warren County’s senior athletes who had their 2020 spring seasons cut short because of the COVID-19 pandemic. The Vicksburg Post will attempt to recognize all of Warren County’s spring teams and athletes over the next two weeks.

Up first: St. Aloysius golf, tennis and track and field.

St. Aloysius seniors
Boys golf
John Michael Jabour
John Michael has been a member of St. Al’s golf team since the seventh grade. Over this time he has improved his golfing abilities in order to be a leader for the younger players.

Wilson Palmertree
Wilson has been a member of the St. Al golf team since the seventh grade. During that time his scores have improved each year. The last two years he has been the captain of the team. He has been the team’s most valuable golfer for the last three years.

Wilson is the son of Andrea and Barry Palmertree.

Girls golf
Chandler Tucker
“Chandler has always been consistent in her years on the golf team,” St. Al coach Mike Jones wrote. For the last three years she has been one of the top two individual scorers for the team in all tournaments. 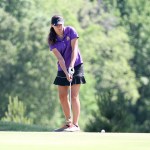 Track and field
Brayden Roesch
Brayden has played soccer and cross country for St. Aloysius, in addition to track and field where he is a state champion. His personal best in the pole vault is 13 feet, and winning the MAIS Class AAA championship in the event in 2018 and 2019 is his favorite high school sports memory.

Brayden is the son of Donald and Ashley Roesch. He plans to attend Mississippi State University in the fall.

Michael is the son of Janey and Michael Robinson. He plans to attend Florida Prep and become a engineer.

“Parker Brown advanced into a good player in a short period of time. He was one of the more coachable players I have ever had,” St. Al tennis coach Rick Shields said.

Adam Eckstein
Adam has been a standout swimmer and tennis player for St. Aloysius for five years. He also competed on the cross country team. He led the Flashes to the 2019 MAIS Overall swimming team championship, and won nine state titles in individual or relay events. He reached the MAIS Class AAA state tennis tournament in boys’ doubles in 2019, as well.

Adam is the son of Jeff and Adrienne Eckstein. He will attend the United States Military Academy.

Mary Bradley Warnock
Mary played tennis for two years for St. Al. She was the school’s 2019 homecoming queen as well. She is the daughter of Brad and Danielle Warnock, and plans to attend Mississippi State University in the fall.

“Mary Bradley Warnock is very gifted athletically and will do well in tennis for the rest of her life,” Shields said. “We only had her two years, but she was a good teammate.”

Sports column: Sports video games have been with us a long time

Like a lot of Americans, when the college and pro sports leagues went on their COVID-19-induced walkabout this spring, I... read more