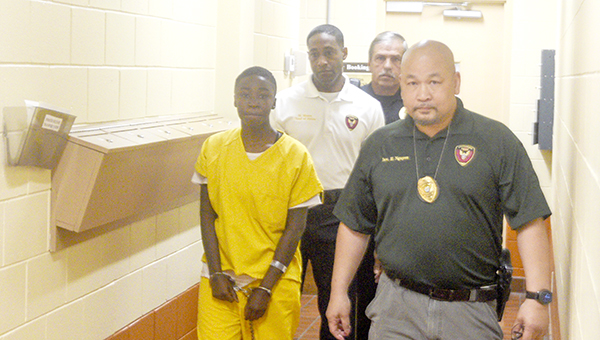 Summer McGee was formally charged with first-degree murder in Vicksburg Municipal Court Monday in connection to the Friday murder of 37-year-old Moses Luckett.

During her initial court appearance Monday, McGee went before Judge Penny Lawson who levied a $1 million bond on McGee.

According to the Vicksburg Police Department, McGee, 20, allegedly shot Luckett once in the chest in an apartment at New Main Apartments on Alcorn Drive shortly after noon Friday. When officers arrived at the scene, they found Luckett in the apartment suffering from the gunshot wound. He would later die from his injury.

Witnesses told authorities that McGee and a male suspect fled the scene in a white Ford pick-up truck.

Officials with the Vicksburg Police Department have declined to release the identity of the male suspect.

In its release Friday, the department said the shooting Friday reportedly stemmed from an altercation Thursday that involved both McGee and Luckett.

Friday’s murder is the third reported homicide in Vicksburg this year.

The city of Vicksburg honored a special man Monday during the Board of Mayor and Aldermen meeting. In a resolution... read more