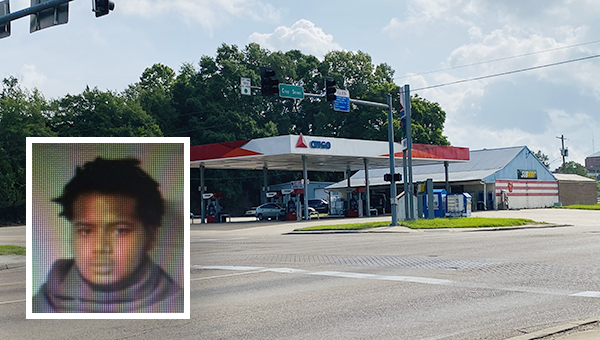 Authorities are searching for Xavier Taylor in connection with a shooting Friday night at the Exxon gas station at the corner of Clay Street and Mission 66. (Tim Reeves/The Vicksburg Post)

A Vicksburg man is being sought for questioning in connection to a shooting Friday night.

The shooting, which took place before 8 p.m. Friday, took place at the Exxon gas station located at the corner of Clay Street and Mission 66.

When officers arrived, they found evidence of a shooting and learned the victim had been taken to Merit Health River Region by a privately-owned vehicle.

Saturday, the Vicksburg Police Department said the victim was in stable condition and that his injury was not considered life-threatening.

In a release from the department, Xavier Taylor, 25, of Vicksburg, fled the scene in an older model white Chevrolet SUV, possibly a Suburban.

The Vicksburg Post announced Saturday the 18 members of the 2020 All-County Softball Team. The team is made up of... read more