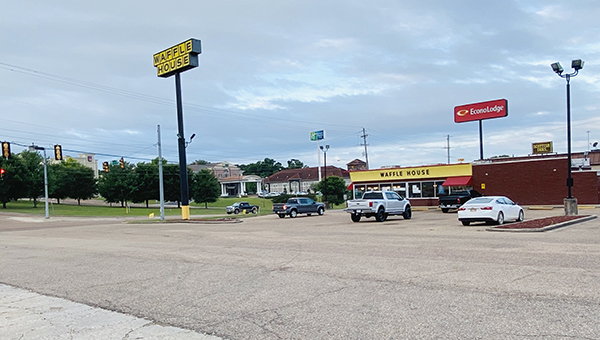 Four people were injured early Tuesday in a shooting incident at near the Waffle House location on Clay Street. (Tim Reeves/The Vicksburg Post)

Four people were injured early Tuesday in a shooting incident in the parking lot of the Waffle House location on Clay Street.

At 12:44 a.m., emergency room staff at Merit Health River Region contacted 911 to report four individuals, ranging in age from 16 to 27, had arrived with gunshot wounds.

One victim was treated and released, while two others were airlifted to University Medical Center in Jackson. A fourth victim was transported to UMMC by ambulance.

Officials with the Vicksburg Police Department said the wounds did not appear to be life-threatening.

Officers responding to a shots fired call at Waffle House found the parking lot nearly empty at the time they arrived but did discover numerous shell casings in the restaurant’s parking lot.

Numerous shell casings were recovered from the parking lot of the restaurant.

The Criminal Investigation Division of the Vicksburg Police Department is investigating and further updates will be provided when available.

The number of confirmed cases of COVID-19 in Warren County grew slightly Sunday as the Mississippi State Department of Health... read more