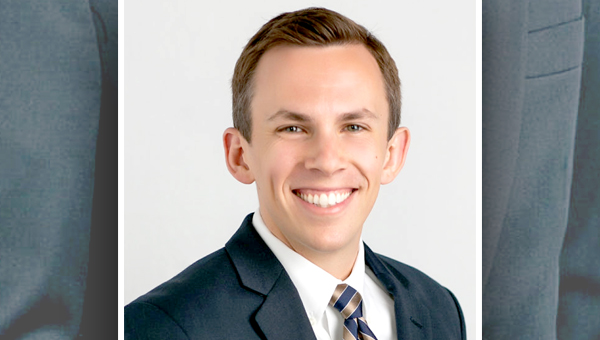 In 2011, Roger Liddell, the principal of Hollandale High School, pled guilty to embezzling over $100,000 from Mississippi taxpayers. Yet, instead of being held accountable, Mr. Liddell’s guilty plea was wiped from his criminal record via a legal procedure known as non-adjudication. Soon after his case was non-adjudicated, Mr. Liddell moved to Noxubee County, where he was allowed to run, and ultimately win, a political race for Superintendent of the Noxubee County School District.

Instead of carrying a criminal record for stealing from the taxpayers, Mr. Liddell walked away with a clean record through non-adjudication and won a public office where he would handle even more taxpayer money.

The rest of the story is predictable. Noxubee County Schools failed to submit their audits to the State Auditor’s Office and failed to meet other accountability standards, so the district had to be taken over by the state.

I tell this story to illustrate that there is a problem in Mississippi. Too many times in the recent past, an individual has used taxpayer money for personal gain, and then once caught, been let off the hook by a non-adjudication order. These orders are inappropriate because the taxpayers of Mississippi deserve to know when someone steals their money.

There are a few reasons I believe this, but first, what exactly is non-adjudication?

Under Mississippi Code Section 99-15-26, when an individual pleads guilty to certain crimes, that individual becomes eligible to have their guilty plea wiped off their record, provided some conditions like community service or a fine are met.

In a criminal proceeding, if a non-adjudication order is entered and the judge-ordered conditions are met, the defendant can walk free with a spotless record.

I found Roger Liddell’s story to be unacceptable, so last year, I went to the Legislature and asked for the law to be changed. They added a provision into 99-15-26 that said non-adjudication is no longer an option if you steal taxpayer money.

White-collar defendants are not dumb, though, and they found ways around this prohibition. For example, last fall, my office arrested Lawrence Browder, Humphreys County Chancery Clerk, for embezzling money in order to pay back the County for a previous embezzlement incident in which he was involved.

In order for these situations to end, and for criminals to truly be held accountable, prosecutors and judges alike must be alert to these types of situations. The statute has changed, but criminal defendants will try to avoid the requirements of the statute and undermine the clear intent of the Legislature by pleading to different offenses than public embezzlement.

Non-adjudication is understandable for some crimes. For some nonviolent offenses, we may want to give judges leeway to provide defendants with a second chance. It might mean the difference between that defendant turning his life around or not being able to find a job and making more bad choices.

But in jobs where handling money could be in the job description, employers deserve to know that prospective employees can be trusted to do their job. And in public employment, the Mississippi taxpayers deserve to know the same—that the staff at the county tax collector’s office handling their license plate fees, or the chancery clerk assessing their court charges, has not taken money to line their pockets in the past.

Under our current system, a public official can embezzle from taxpayers, plea to a lesser offense, accept a non-adjudication agreement, and walk away as if nothing ever happened. The result is no deterrent against future white-collar crime. Judges and prosecutors should be aware of this defense tactic.

Requiring white-collar offenders to carry a criminal record seems like a bare minimum way to return some deterrence to the system. We certainly throw the book at thieves who rob local gas stations. It’s time for thieves who wear ties and steal with the stroke of a pen to be treated equally.

Suspect connected to Friday shooting at Exxon station in custody

A suspected wanted by authorities for his alleged involvement in a shooting Friday at the Exxon gas station at the... read more