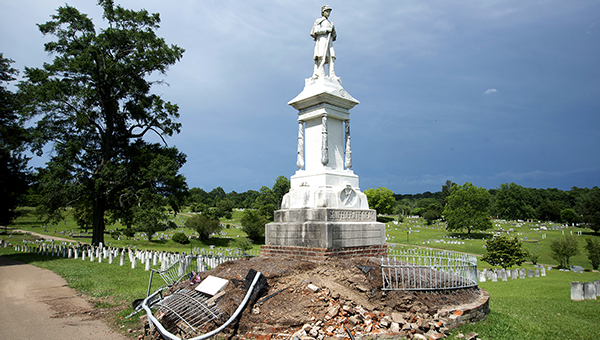 The Confederate monument at Cedar Hill Cemetery will need the help of a good brick mason after a weekend ‘crash.’

According to records from the Vicksburg Police Department, a driver struck the monument Saturday at around 3:30 p.m. causing significant damage to the brick wall and metal fencing that surrounds the monument.

There was no citation issued.

Wayne McMaster, the curator of the monument and the Soldiers’ Rest Cemetery for the John Pemberton Camp of the Sons of Confederate Veterans, said the group, which owns and maintains the monument, is arranging for repairs and hopes insurance will pay for them.

Editor’s note: This is the first article in a series recognizing each of the students named valedictorians at area high... read more