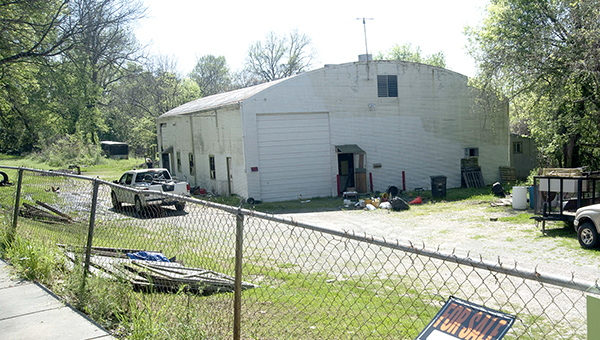 City officials are continue to work through the steps to purchase this property on Oak Street as the site of the new animal shelter. (Courtland Wells/The Vicksburg Post)

Vicksburg’s efforts to purchase land on Oak Street for a new animal shelter have not been put on the back shelf, Mayor George Flaggs Jr. said.

“We’re still pursuing it,” he said.

Flaggs announced the city’s plans to buy the 1.5-acre Oak Street site on March 26 after two public meetings involving city officials and residents about replacing the present shelter. He said the delay has involved the city’s efforts to perform its due diligence to make sure all issues involving the property are resolved.

“We’ve got several steps we have to go through before anything happens,” city attorney Nancy Thomas said. “The title has been resolved. Before we get it appraised, we’ve got to get it surveyed and (perform) the environmental (assessment). We’re moving to the second phase.”

North Ward Alderman Michael Mayfield said the city is “probably 75 percent closer than we were just a month ago” to acquiring the property.

“Once we finish with the due diligence, we move on to the next phase, which gets us right in the door of being able to purchase that property,” he said.

He said, however, city officials won’t know when to move forward with the purchase until the due diligence is done.

“From there, I think the road smooths out tremendously,” Mayfield said. “One more giant step and we’ll be there.”

Mayfield thinks the shelter-in-place orders and other problems arising from concern over the COVID-19 virus have affected the process toward purchasing the property.

“I would say it’s had a minimal effect but definitely an effect, because most people are not up to speed right now — that’s government, private business and I think that’s definitely had some effect on it,” Mayfield said. “We’re just taking it as we can get it and we’re moving forward as fast as we can but we are really working within a new norm right now. We’re moving but it’s at a slower pace.”

City officials have been considering a new animal shelter for several years. The present shelter is almost 50 years old and sits on a tract of land on Old Mill Road adjacent to the Vicksburg Fire Department’s training center.

The current shelter is in a flood zone and subject to be surrounded by flash flooding. It was threatened by the 2019 flood and animals had to be evacuated in the 2011 flood. City officials considered several potential sites, including city property in a section of Cedar Hill Cemetery off Sky Farm Avenue.

Other locations considered were the former U.S. Rubber Reclaiming plant off of U.S. 61 South and a site on the 2100 block of Oak Street south of Depot Street.

The history behind a Vicksburg fountain in need of restoring