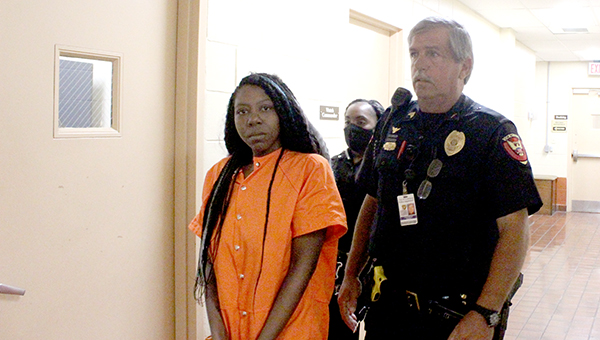 A Vicksburg woman connected to the Saturday shooting death of a Vicksburg man appeared in court early Monday.

Cassondra Rochelle Jones-White, 30, of Vicksburg, was arrested at her Cain Ridge Road home in connection with the death of Quinterrious McCoy, 23. She was charged with manslaughter in shooting McCoy in a room at Oyo Hotel on South Frontage Road.

During Jones-White’s initial court appearance Monday, Vicksburg Municipal Judge Angela Carpenter placed a $100,000 bond on Jones-White and ordered her case held over to the next grand jury. Jones-White will be held at the Warren County Jail.

According to reports from the Vicksburg Police Department, officers were called to the hotel just after 10:30 a.m. Saturday. Once there, they found McCoy dead from multiple gunshot wounds.

Warren County Coroner Doug Huskey pronounced McCoy dead at the scene. The shooting death marked the fifth homicide of the year in Vicksburg, and second in a week.

Father and son serve as Legislative Doctors of the Day

Dr. Ron Cannon, of Brandon, an ear, nose and throat specialist with the Head and Neck Surgical Group in Flowood,... read more