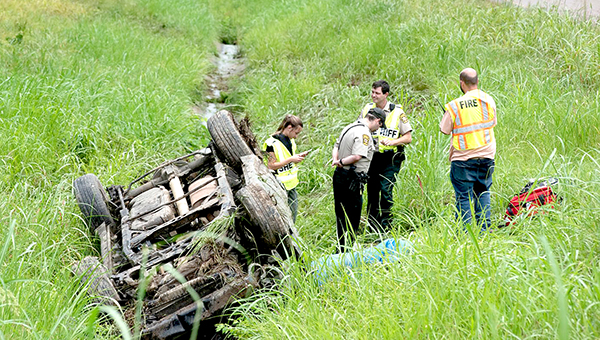 One person was injured when the Chevrolet Trailblazer he was driving on U.S. 61 South apparently hydroplaned, left the roadway and overturned Wednesday afternoon.

The Mississippi Highway Patrol is investigating the single-vehicle accident that took place around noon on U.S. 61 South near LeTourneau Road.

Warren County Sheriff Martin Pace said the driver was reportedly restrained by a seatbelt and was held upside down until an off-duty Port Gibson police officer stopped, cut the seatbelt and freed him.

The details of what, when and why are still unknown at this time, but a Vicksburg man is recovering from... read more