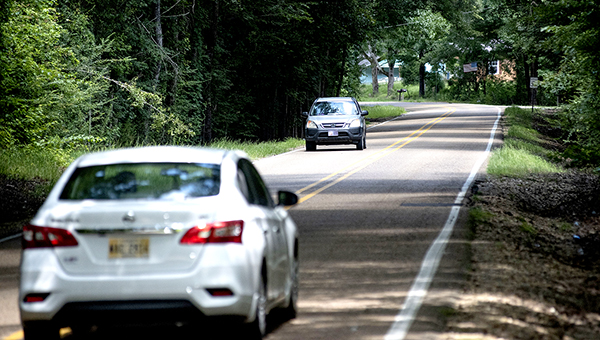 Patrick Tyrone Taylor, 29, died June 21 when the car he was driving on Gibson Road left the roadway, struck a brick mailbox and flipped a number of times.

While Taylor’s death was the most recent fatality along Gibson Road, it was not the first.

Monday, Warren County Engineer Keith O’Keefe presented a plan to the Warren County Board of Supervisors during their work session, of conducting a safety traffic study along Gibson Road. Officials said 108 wrecks, 41 injuries and three fatalities have been recorded there in the last five years.

O’Keefe said the study will not only evaluate the road’s construction and layout, but also examine signage and sightlines.

But, other local officials believe the root of the problem along Gibson Road — and other county roads — is not layout, construction or sightlines, but speed.

“The bottom line is that there is no speed enforcement in the county,” Warren County Sheriff Martin Pace said. “The problem we have with Gibson Road and every other road in the county is the state law prohibits sheriff’s departments from using any device to clock and enforce speed limits. Until the Legislature eliminates this antiquated prohibition you will continue to see speed-related crashes and fatalities on county roads in Mississippi.”

Pace said local legislators have been supportive of giving sheriff’s offices in the state the ability to enforce speed limits, but continue to be outnumbered in the Legislature.

One of those local lawmakers, State Rep. Oscar Denton, has a personal connection to this issue — he lives on Gibson Road — and has attempted to pass legislation giving sheriff’s offices the ability to enforce speed limits in the past, but was unsuccessful.

“I have put in a bill, for us to allow sheriff’s offices to have radar. As I know, Mississippi is the only state that does not allow our sheriff’s offices to have radar. Why is that, I have no earthly idea,”  Denton said. “I live out here. It is definitely not the road. I drive up and down this road all the time. It is just people speeding; and I mean really speeding.”

Denton said while previous legislation has failed, he has plans to tackle the issue next year, with a slight change.

“I guess I need to introduce another bill, but this time put some language in the bill to just allow counties that want to do that, to do it. I know some counties want their sheriff’s offices to do that and some do not,” Denton said. “We can leave it up to the county, to the board of supervisors in each county. That way, there would be no statewide blanket law.

“Maybe if we can allow just certain counties to do it if that is what they want to do, then maybe we can get that through the Legislature.”

O’Keefe said he planned to reach out to Pace once supervisors approve the task order authorizing the safety traffic study. He wants to meet with Pace and do some accident reconstructions to better understand what might have led to each accident. He also said the county could receive federal highway funding to implement changes discovered during the study.

But both Pace and Denton believe it all comes back to speed.

“The road itself is not unsafe as long as the motoring public travel at the posted speed limit,” Pace said.

As for Denton, he too believes making Gibson Road — and all county roads – safer lies with enforcement.

“Everyone knows the sheriff’s office is powerless when it comes to speeding,” Denton said. “We really don’t have speed limits out here in the county. We have suggestions. I mean, you have signs, but that’s it.”

By Anna Kate Doiron | The Vicksburg Post   Dozens of full-grown cats are available for adoption at zero cost.... read more