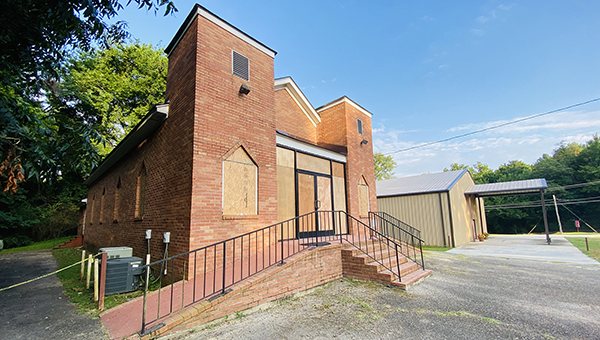 Warren County Sheriff Martin Pace said individuals on Sunday night broke out windows, apparently using rocks, on the main church building and the building connected to the church that is currently under construction.

The following night, after those windows had been repaired, vandals again broke windows and left behind profane messages on the church driveway written with child’s sidewalk chalk. He said deputies Wednesday took a 13-year-old teenager into custody in connection with the incidents. The teen is being held at the Warren County Youth Detention Center.

Since then, the church has not moved ahead with replacing the windows damaged, deciding instead to leave the windows boarded up.

Investigators with the sheriff’s office are searching for any information that would lead to an arrest of other individuals responsible for the vandalism.

If anyone has any information, they are asked to contact the Warren County Sheriff’s Office at 601-636-1761.

When school resumes in the Vicksburg Warren School District Aug.7, many of its students could be learning from home, according... read more