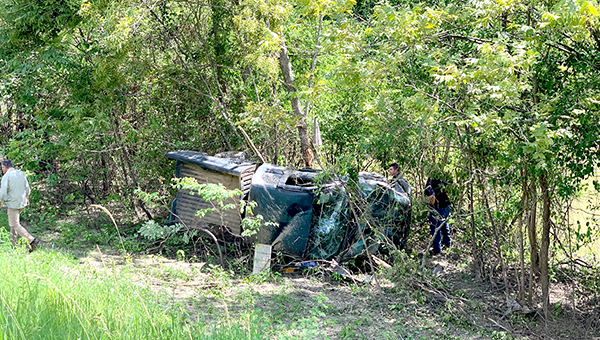 A Wednesday morning accident on U.S. 61 North just inside Issaquena County claimed the life of a Rolling Fork man.

The Mississippi Highway Patrol said early reports show that a Dodge pickup, driven by Gerald D. Vanderford, 50, of Rolling Fork, was traveling north on U.S. 61 North when for “unknown reasons” the truck left the roadway and overturned. Vanderford was reportedly ejected from the vehicle.

Vanderford was killed and his body was discovered nearby in Deer Creek.

The Mississippi Highway Patrol said the accident remains under investigation.